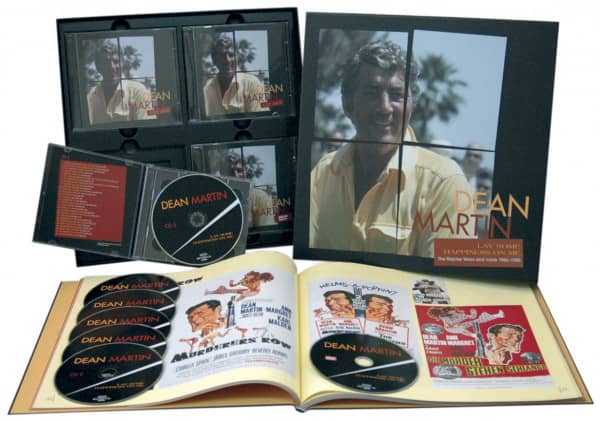 By 1966, when this retrospective begins, Dean Martin was once again one of the biggest stars in American entertainment...perhaps the biggest! His records were selling more than ever; his top-rated television show was renewed year-after-year; his appearances in Las Vegas were sell-outs; and he was the star of the cult Matt Helm movies.
This 6-CD (plus DVD) collection includes all of Dean Martin's classic Reprise albums from 1966 to 1974 together with his last recordings from 1983 and 1985. Here are all of his later hits, including
Somewhere There's A Someone, Come Running Back, Lay Some Happiness On Me, In The Chapel In The Moonlight, and Little Old Wine Drinker Me. This set also includes all the LPs, 'Somewhere There's A Someone', 'Songs From The Silencers', 'The Dean Martin Christmas Album', 'The Dean Martin TV Show', 'Happiness Is Dean Martin', 'Welcome To My World', 'Gentle On My Mind', 'I Take A Lot Of Pride In What I Am', 'My Woman My Woman My Wife', 'For The Good Times', 'Sitting On Top Of The World', 'You're The Best Thing That Ever Happened To Me', and the final Reprise album, 'Once In A While.' When
Dean Martin recorded again it was for Warner Bros. Nashville, and the resulting album included a duet with Conway Twitty on My First Country Song, which became a Top 40 country hit, and a duet with Merle Haggard on Everybody's Had The Blues. In 1985, Dean Martin made his final recording, L.A. Is My Home, which became the closing theme to Joe Pesci's television show, 'Half Nelson.'
The set concludes with the soundtrack versions A Wonderful Time and I'm Not The Marrying Kind, plus two soundtrack versions of Five Card Stud. There are some radio spots and an exclusive tape of songwriter Baker Knight (The Wonder Of You, Lonesome Town, etc.) demo'ing some songs for Dean Martin that Dean Martin eventually didn't record. In addition, there's a bonus DVD of movie trailers.
When Dean Martin died on Christmas Day 1995, an era died with him. He was the last of the great lounge performers. His easygoing insouciance and roguish charm are now back in fashion. This set, and its three companion volumes, comprise absolutely everything that Dean Martin recorded. An incredible legacy from the most incredible entertainer.
This set also includes a hardcover book with many previously unseen photographs, a complete discography, a biography of Dean Martin during this period by Ryan Null, and an appreciation by Neil T. Daniels. 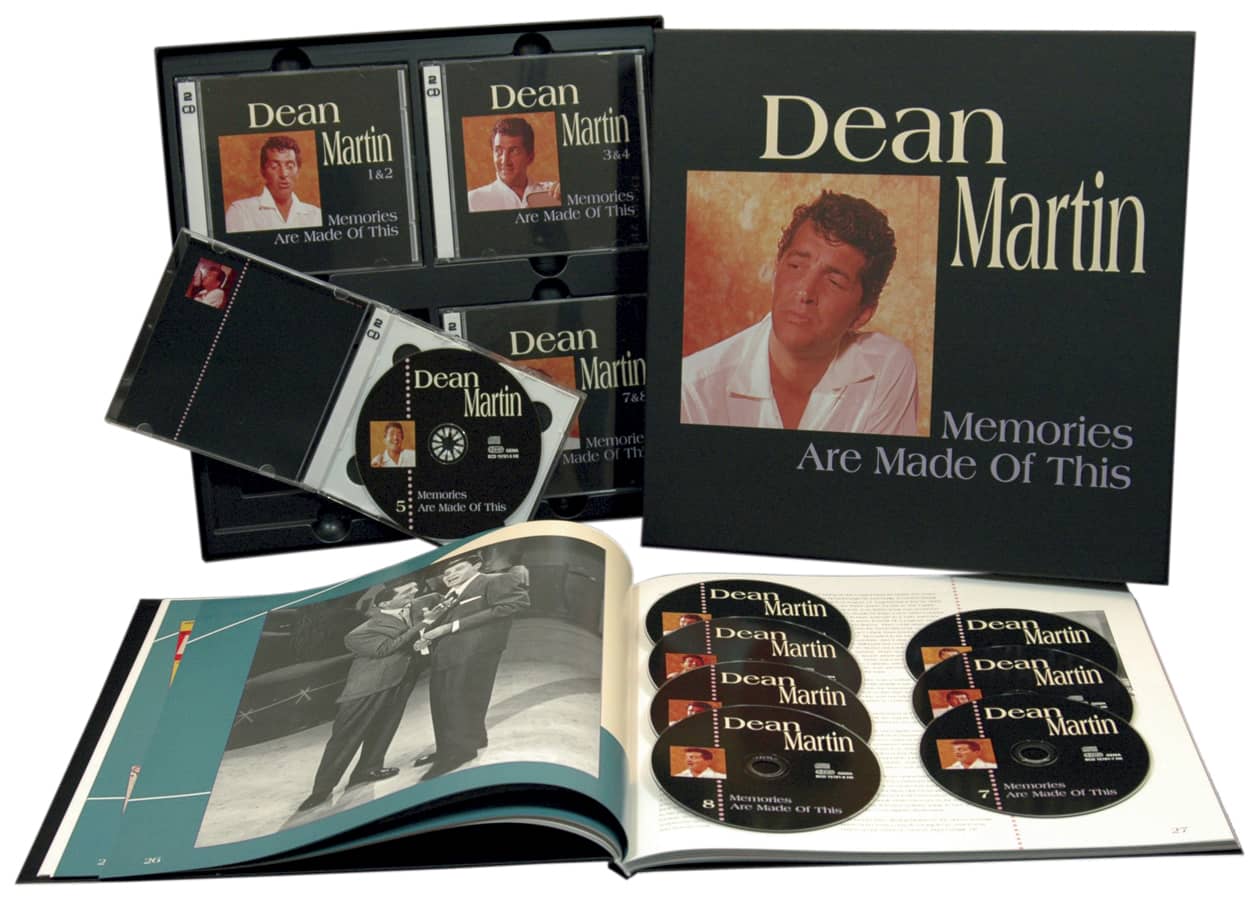 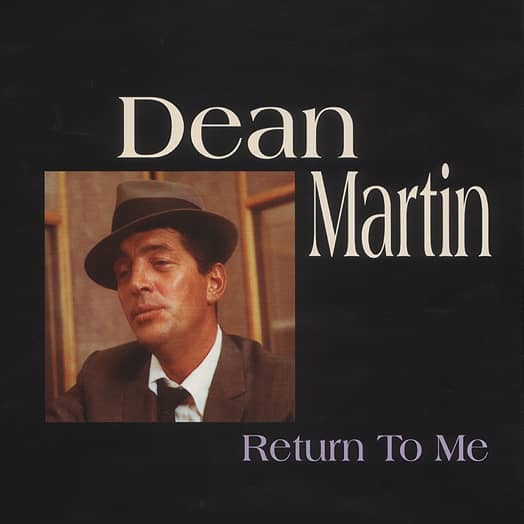 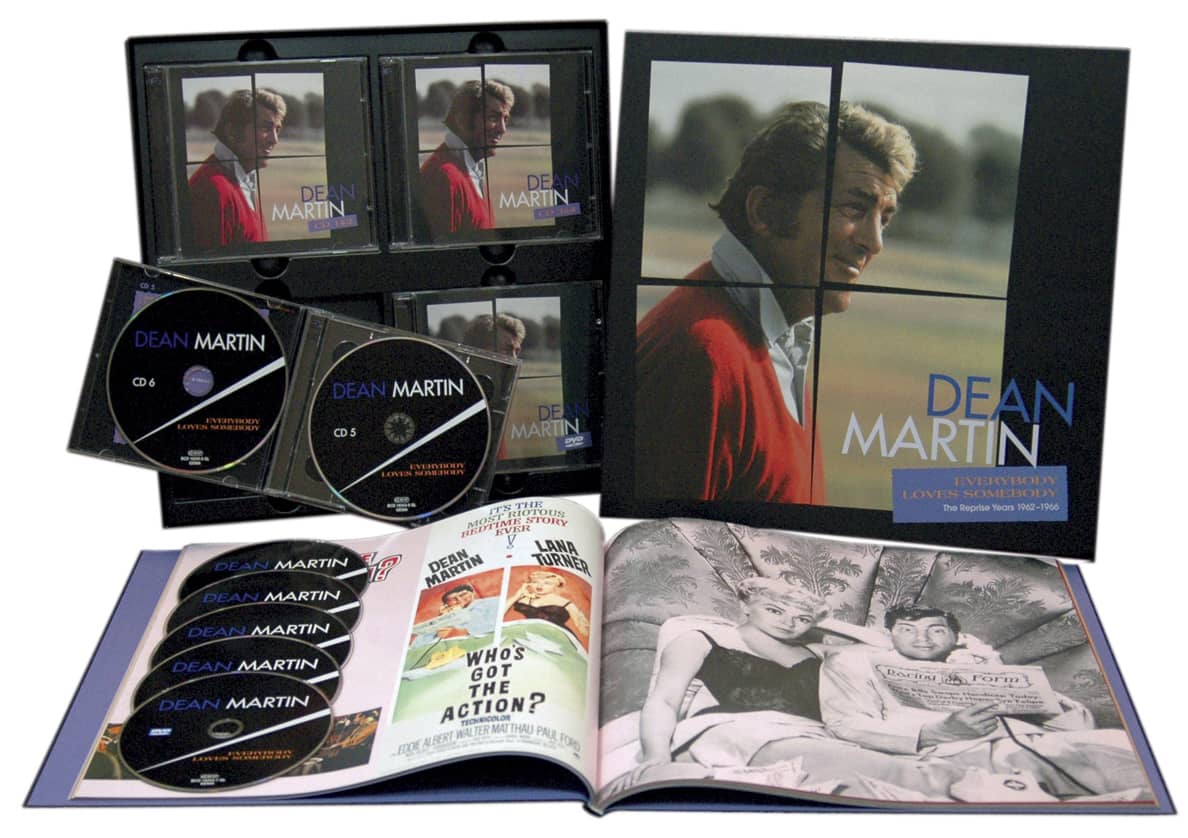 Review 2
Read, write and discuss reviews... more
Close menu
Customer evaluation for "Lay Some Happiness On Me (6-CD & 1-DVD Deluxe Box Set)"
From: Audiophile On: 15 May 2018

Great collection of some hard to find songs. Bought it for "I'm forever blowing bubbles" but the rest are lovely too!

In my personal one of the greatest entertainers of the 20th century. This is the last set of three - grab'em all before they go out of print!
The book is briliant so is the music! Without any doubt high class perfection all the way! 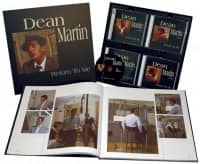 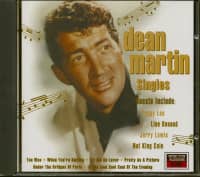