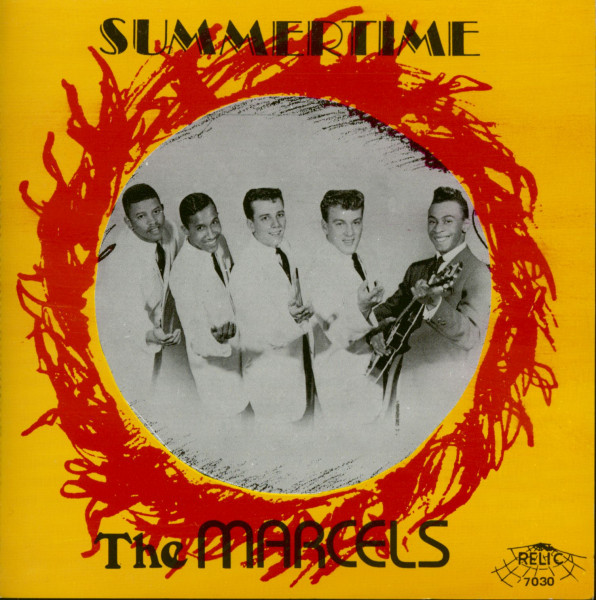 P Secure bonuspoints now
Description
Learn more about The Marcels
Review 0
Description
(Relic) 24 tracks  ,- The Marcels were one of the best doo-wop groups of the early sixties....more
Close menu

(Relic) 24 tracks
,-
The Marcels were one of the best doo-wop groups of the early sixties. Born and bred in Pittsburgh, Pennsylvania, this racially-mixed group established their own style of exaggerated bass vocals accenting sometimes frantic, double-time harmonies and riffs. They took a staid Rodgers and Hart 1934 standard, "Blue Moon," and propelled it to #1 in an exciting rush up the 1961 charts.

The Marcels were one of the first r&,b groups to be honored with an LP release almost immediately on the heels of their initial chart topper. One listen to the April, 1961 Colpix "Blue Moon" LP proves that the Marcels were a class act. They had learned their r&,b lessons from their predecessors very well, but they were far more than just mere imitators. Colpix stayed with them for three years and over a dozen singles, despite their dwindling fortunes after "Blue Moon," "Summertime," and "Heartaches."

This compact disc contains 24 prime cuts by the Marcels, many of which were early rehearsals and demos for future session possibilities. Their first manager, the late Jules Kruspir, thoroughly rehearsed the group and encouraged them to sing or practice what are now rock &, roll standards. Several tantalizing tapes were found in Kruspir's effects after he died. They eventually were purchased by Ed Engel of Crystal Ball Records in New York City, who issued the bulk of these songs on two Marcels' Crystal Ball albums in the eighties.

Learn more about The Marcels
The Marcels Blue Moon By 1961, racially integrated vocal groups weren't as rare as... more
Close menu
"The Marcels"

Manager Jules Kruspir fired off some demos to Colpix Records, a subsidiary of Columbia Pictures. Soon The Marcels headed to New York for a session. They arrived in the middle of a blizzard, but made their debut date with A&R man Stu Phillips on February 15, 1961. Stu dug Johnson's extended bass riff that introduced the group's cover of The Collegians' Zoom Zoom Zoom, but not the song itself. At Phillips' suggestion, they transplanted that bass barrage onto the front of Blue Moon, a pop oldie written by Richard Rodgers and lyricist Lorenz Hart in 1934.

Harp did the tender lyrics of Blue Moon justice in a rock and roll setting, though Rodgers hated the quintet's doo-wop revival so much that he reportedly placed newspaper ads asking the public not to buy it! New York deejay Murray The K got his hands on a tape of The Marcels' Blue Moon and spun it repeatedly over the airwaves of WINS. Colpix pressed it up before month's end, paired with the ballad Goodbye To Love. By early April Blue Moon was the #1 hit on the pop and R&B hit parades. Wasting no time, Colpix had a 'Blue Moon' LP, filled with doo-wop standards, out by July.

The Marcels raided Tin Pan Alley again to take their best shot at George Gershwin's Summertime but it barely made a blip, peaking at #79 pop that spring. A revival of You Are My Sunshine missed altogether. By the time they cut their next big hit that September, The Marcels were no longer integrated: Fred's brother Allen Johnson was the new baritone, and Walt Maddox, formerly of The Blenders (another Pittsburgh outfit), came in that May on second tenor.

Their first session with the new lineup produced Heartaches, another rocking Tin Pan Alley remake harking back to 1931 with Johnson's bass pipes again prominent that sailed to #7 pop at year's end. They lip-synched Blue Moon and the seasonal Merry Twist-Mas in the Sam Katzman-produced film musical 'Twist Around The Clock,' also starring Chubby Checker and Dion, but Mundy left before year's end.

1961 was The Marcels' year. Only a redo of the ancient My Melancholy Baby made a little chart noise for the quartet after that, though they stuck with Colpix into '63. Maddox now owns the name and manages a group that works as The Marcels. 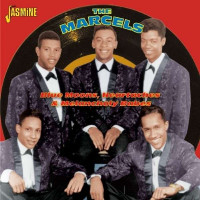