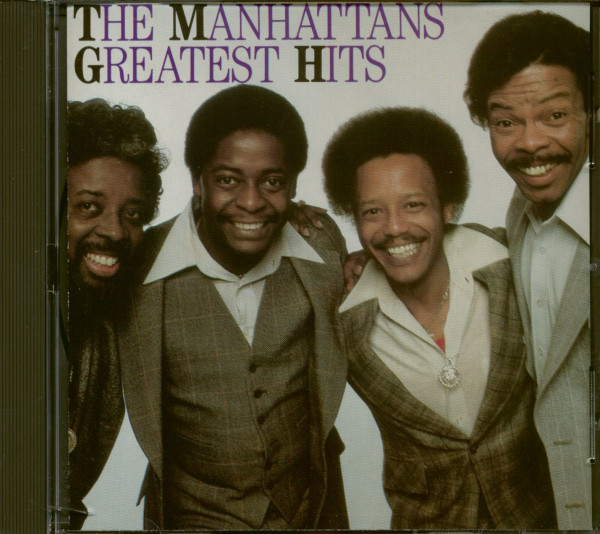 There's No Me Without You

There's No Me Without You

Their name suggests a New York City homebase, but The Manhattans hailed from across the Hudson River in Jersey City, New Jersey (they took the name from a cocktail). Formed in 1962, the original lineup consisted of lead tenor George ‘Smitty’ Smith (born December 18, 1939 in Florida), first tenor Edward ‘Sonny’ Bivins (born January 15, 1936 in Macon, Georgia), tenor Kenny Kelly (born January 9, 1941 in Jersey City), baritone Richard Taylor, and bass Winfred ‘Blue’ Lovett (born November 16, 1940 in Jersey City). Smitty, Sonny, and Blue had been members of The Dorsets, who waxed Pork Chops for the Asnes label in 1961.

Signing with Joe Evans’ Carnival label in 1964, The Manhattans broke through with the catchy I Wanna Be (Your Everything), a #12 R&B seller. Another pair of Top 20 R&B entries, Searchin’ For My Baby and Follow Your Heart, came later in ‘64, and they scored more hits the next year with Baby I Need You, Can I, and I Bet’cha Couldn’t Love Me. The quintet scored another pair of hits in 1967, When We’re Made As One and I Call It Love, but their tour itinerary didn’t progress much past the East Coast, so they moved to the DeLuxe label in 1969.

That brought The Manhattans three 1970 charters (It’s Gonna Take A Lot To Bring Me Back, If My Heart Could Speak, From Atlanta To Goodbye), but tragedy struck when Smitty fell off the back of a truck, badly injuring his head. He died a couple of months later on December 16, 1970, two days short of his 31st birthday. Gerald Alston, born November 8, 1951 in Henderson, North Carolina and gospel-trained like most of the group, was his replacement. Alston’s lead tenor proved more pop-accessible on their ’72 hits A Million To One and One Life To Live, the latter a #3 R&B entry. Back Up cracked the R&B Top 20 in early 1973, but Columbia Records soon snapped The Manhattans up.

Bivins penned The Manhattans’ first Columbia offering, There’s No Me Without You, cut at Philadelphia’s Sigma Sound with veteran arranger Bobby Martin producing. Soaked in strings and the quintet’s strong harmonies with Alston out front and Lovett providing an intimate spoken passage, the ballad propelled The Manhattans to #3 R&B and #43 pop during the summer of 1973. Later that year, the group released two more Top 20 R&B items, You’d Better Believe It and Wish That You Were Mine.

1974’s Don’t Take Your Love and the next year’s Hurt (a remake of Timi Yuro’s ’61 hit) went Top Ten R&B in front of their biggest hit ever in 1976. The platinum across-the-board chart-topper Kiss And Say Goodbye was a country-rooted ballad produced by Martin and written by Lovett, its extended spoken intro integral to its charm. Taylor left that year to pursue his Muslim faith (he died December 7, 1987), but four more major hits (I Kinda Miss You, It Feels So Good To Be Loved So Bad, We Never Danced To A Love Song, Am I Losing You) brought The Manhattans, now a quartet, into 1978. They went gold in ’80 with the Grammy winner Shining Star, done in Chicago with Leo Graham producing.

The Manhattans weathered the 1988 loss of Gerald Alston to go solo, followed by Lovett and Kelly exiting in ‘90. Bivins has kept his version of the group going right up to today, while Alston and Lovett reunited for a 30th anniversary tour and still have their lineup of Manhattans touring as well. 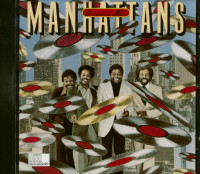