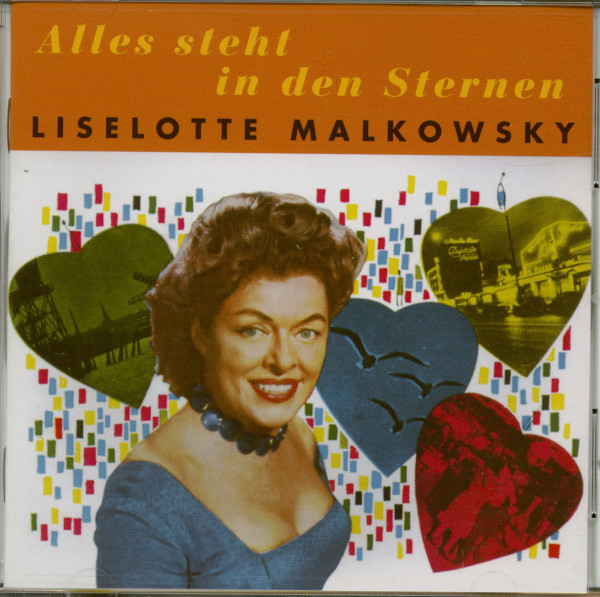 1-CD with 16-page booklet, 25 single tracks. Playing time approx. 78 minutes.
The second CD by Liselotte Malkowsky, long awaited by fans of the red-haired singer. In addition to her sailor songs and hits, swinging titles and chansons prove the musical versatility of the artist. A special treat for the fans is the previously unreleased chanson Egal, Cherie.
Foreword by Hans Dieter Czembor
Dear Lilo...
...I have never forgotten the day I first saw you. It was in Dortmund, on a Tuesday, December 1st, 1953. I had skipped confirmation class. René Carol was to sing in the "Café Lampion" at the castle gate. He came with his heavy American street cruiser into Hansastrasse. But he did not sing, you will remember, on that day. I had stuck many pictures from record folders into my autograph booklet.
On the page next to the René Carol picture your photo was emblazoned, pure coincidence. When his Chrysler rolled in front of the café and he lowered the window electrically with a flick of the wrist to the center console - that was completely new to me - I handed him my booklet with the request for an autograph inside the car. "You first", René laughed and handed you my booklet. "What shall I write?", you asked me in your dark voice, but you will not remember that. "For Dieter, please," I stammered sheepishly. And then I looked at you consciously, saw your wonderful red hair, your enigmatic face, your bright red painted fingernails, scribbling your name in my book with his fountain pen. Lilo, I still have it today.
The second time, you may recall, we met in June 1954. Again in Dortmund. René Carol had an engagement in the former 'Allotria' and lived in a small pension on Brückstrasse. The shop was called 'Haus Nölle'. His street cruiser always parked a few houses further on a small parking lot. I often came by there after school. There was something different with the car on that June morning: Behind the window at the passenger's seat red hair shimmered. I was curious, I guessed it was you. After ten minutes you noticed me, slowly opened the door and came towards me.
"Do you know Mr Carol?", you asked me. I felt different. You said 'she' to me, the barely fourteen-year-old in his short leather pants. "Yes", I answered. "Where from?" you kept on asking. "He has been singing here for quite a while now, so I know him and I have already done some small errands for him, whom I admire very much. But please, Frau Malkowsky, don't call me 'you', but 'you' and Dieter", I asked you. "Sure, Dieter, no problem, my friends also just call me 'Lilo'", you laughed. 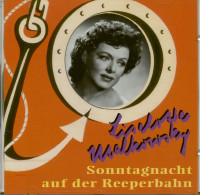 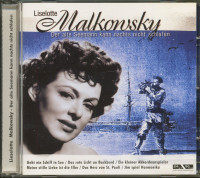