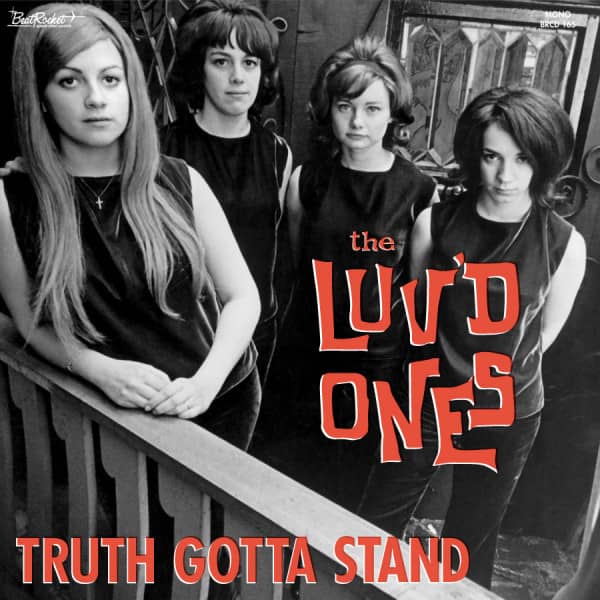 ​(Beat Rocket) 20 tracks - digisleeve
Led by no-nonsense, all-purpose, guitar-totin' Char Vinnedge, the Luv'd Ones - a Y chromosome free, fuzzed-out garage update of the Shangri-Las - were light years ahead of their time. Here's everything these butt-kicking Michigan trailblazers cut in the '60s for the legendary Dunwich label, rare single sides, demos and more!

The Luv’d Ones – four rock and rolling young women from Niles, Michigan – were not only in a league of their own in 1966, they were the league. Upping the ante on New York’s Shangri-Las – who themselves had added an element of danger to the melodramas of Phil Spector ’s Ronettes and the “wounded” tales of Leslie Gore – the Luv’d Ones played their own instruments. They were a real rock and roll band, and they didn’t give a damn about boys “owning” them or wail helpless sentiments like: “Why won’t they let us fall in love?” The Luv’d Ones just flat out rocked.

The Luv’d Ones began life as the Tremolons in 1964 and were truly the thin end of the wedge for the ever-growing legion of rock and roll women who would soon follow in their footsteps. From the Airplane’s Grace Slick, Big Brother’s Janis Joplin, the Runaways, Fanny, the Slits, the Raincoats, Patti Smith and the Bush Tetras – to the groundbreaking rock and roll women of today – the entire conga line should kneel and give silent thanks every now and then to Char Vinnedge, her sister Chris on bass, rhythm guitarist Mary Gallagher and drummer Faith Orem.