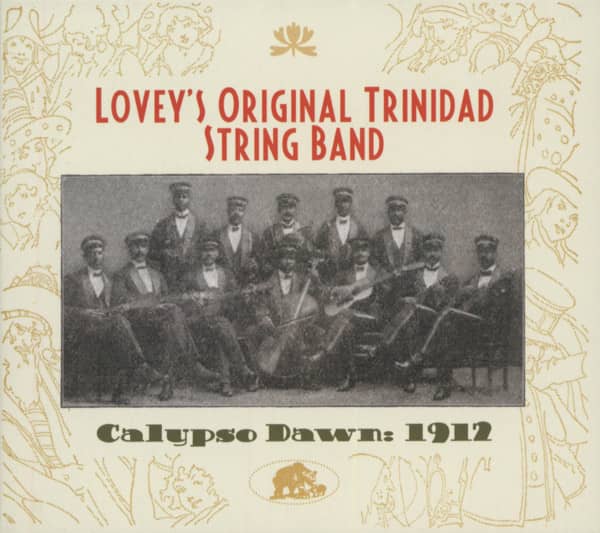 This is the story of an exciting discovery. The very first recorded examples of calypso music.

When researching aspects of the history of the Caribbean, American ethnologist Dick Spottswood unexpectedly uncovered an unknown musical treasure. From the depth of a library he fished out several flat cardboard boxes containing matrixes. The accompanying note said the recordings were made by a 12-piece jazz orchestra from Trinidad in 1912: Lovey's Trinidad String Band.

Who were these musicians We do not know much about them, and the internet doesn't either. It is known, though that in May 1912 the dance band embarked on a tour to the United States of America as reported by the 'Port-of-Spain Gazette' a couple of days before their departure. The ensemble had been founded by violinist Lovey (real name: George R. Baillie) during the last decade of the 19th century. So by 1912 they were by no means unknown in their home country.

We can't say for certain which cities, festivals and ballrooms the Trinidad instrumentalists visited in the U.S.A. But this is clear: they stayed in New York City from late June into July 1912 where they recorded several songs of South American rhythms, first in the studio of the Victor Talking Machine Company, then at the Columbia Phonograph Company. In doing so, George R. Baillie and his men made musical history; they were the first to bring the sound of Calypso onto records.

Recording technology back then was in its infancy and scratches and noise were common. So it's amazing that the sound of these old, uniquely important recordings is actually pretty clear. They sound no worse than recordings from the '40s or '50s, says Richard Weize who has restored and issued many Calypso pearls from the early days of shellac records on his Bear Family Records label. For the restoration of these historic recordings he couldn't have secured the services of a better man than mastering expert Chris Zwarg from True Sound.

These completely restored masters should be of special relevance for the state of Trinidad and Tobago. Fifty years ago, in the summer of 1962, the islands finally became independent from Great Britain. The people celebrated carnival for a week, remembering and celebrating their own identity. Half a century earlier, Lovey's Original Trinidad String Band had played a substantial role in developing and promoting the identity of the people of Trinidad and Tobago. 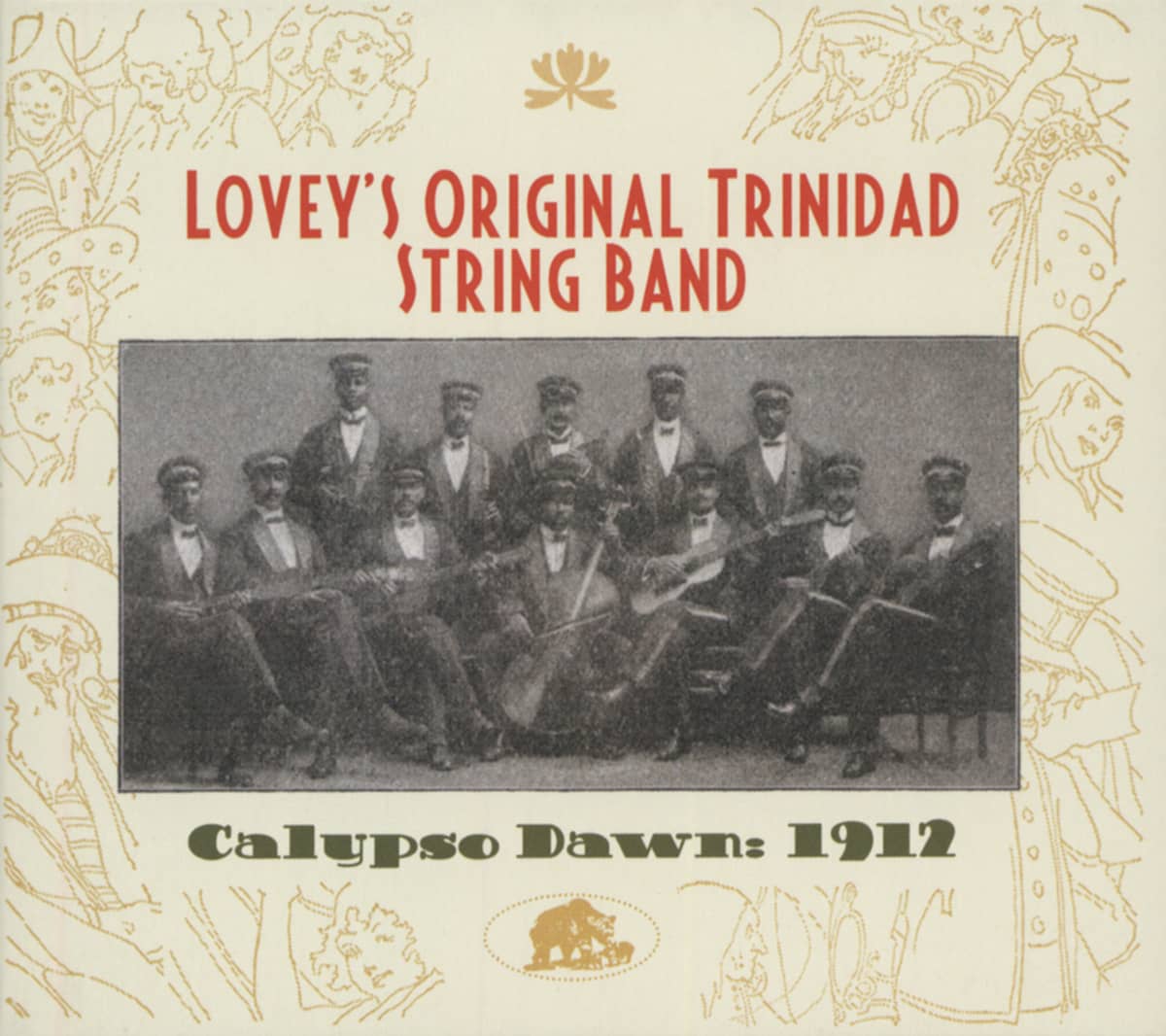 The first recordings of idiomatic Trinidad music were made in the U.S.A. in 1912 when, at the encouragement of American tourists who had recently visited the island, a twelve-man group led by the violinist George Baillie (Lovey) travelled to New York City for concert engagements. Both the Victor Talking Machine Company and the Columbia Graphophone Company recorded Lovey's Trinidad String Band. Their performances, all instrumentals, featured paseos, Spanish waltzes and even Argentinean tangos, Spanish Main dance rhythms popular in the island during this period.22

Two years later, at the end of July-beginning of August 1914, Lovey's band made further recordings for Columbia. This was just at the commencement of the First World War, for on August 1, Britain declared war on Germany. The War, however, had no immediate effect in the British West Indies. In the middle of the same month,the Victor Talking Machine Company (of Camden, New Jersey, U.S.A.) sent its team to the island "to make a complete repertoire of Trinidad's "local" music, including "'Calypsos,' 'Paseos,' Spanish Waltzes, Two Steps, Patois and East Indian songs by local performers." The arrival of the company's representatives was reported in both the Mirror and Port-of-Spain Gazette on August 28. The Mirror provided a few extra particulars: "We understand that Mr. Henry Julian, formerly of 'White Rose' has been practising assiduously for the above purpose and that several other bands and performers have been engaged."23

Excepting September 6, recording sessions were held every day between the 3rd and 16th of the month. Victor's principal artist was the pianist and well-known string band leader, Lionel Belasco. Henry Julian (Iron Duke/Julian White Rose) recorded under the sobriquet J. Resigna. The other participants were Jules Sims (whose calendas were sung in French Creole), S. M. Akberali and Gellum Hossein (of East Indian ancestry), and the Orquesta de Venezolana de Chargo (probably made up of Trinidad creoles, some of Venezuelan descent).

The initial batch of Victor releases from these sessions was distributed in time for the 1915 Carnival (Mirror, February 8) and, excepting "sacred Mohammedan chants" by S. M. Akberali, virtually all the performances are of secular music played or sung by black creoles. Complimenting the waltzes and paseos recorded by the Belasco Orchestra, the Mirror went on to observe "A novelty in creole music is afforded in calypsos after the, rendering of 'Julian White Rose,' the celebrated chantrel, whose voice has lost none of its sweetness." They noted also that "the Bamboo Band "Kalendar" is a new feature which will appeal to lovers of originality." 24 While the other repertoire reflected degrees of "respectability," the stick-fighting calendas sung by Jules Sims and chorus, accompanied by tamboo-bamboo, represented the defiant and sometimes violent extremity of black creole society that did not conform with colonial ideals of decorum.

It is so gratifying to see the work of my homeland on this wonderful cd. As a researcher and a Tringagonian, these recordings recognize the place in history that the island of Trinidad and Tobago has made in the world of music. Thank you Bear's Family Records.