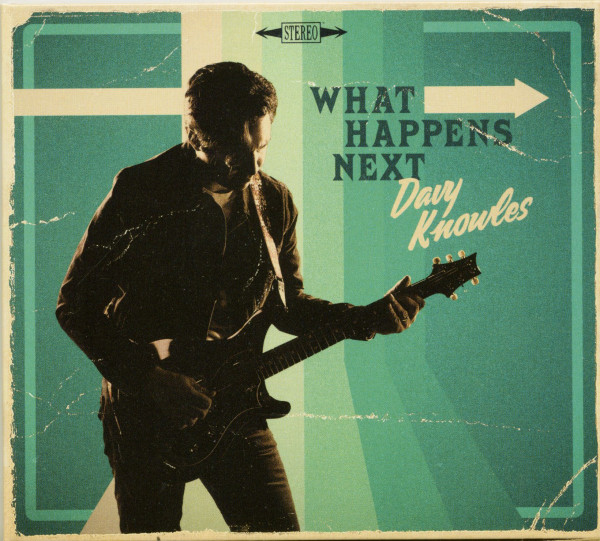 Dary Knowles: What Happens Next (CD)

On his aptly titled new album What Happens Next, singer-songwriter and guitarist Davy Knowles presents himself with timeless and coherent songwriting, modern production and a lyrical guitar approach inspired by soul, folk, rock and blues. The 12-song album is as influenced by The Black Keys, Fantastic Negrito, Gary Clark Jr. as it is by Muddy Waters, Junior Kimbrough and R.L. Burnside. And it's a cohesive body of work rather than a collection of disparate songs.

"When it came time to record this album, it was about supporting the songs, not about how fast I could get to the guitar solo," the Isle of Man-born, Chicago-based artist says with a laugh. "I'm not a purist, and the way for roots music to stay relevant is to adapt and evolve." Produced by Eric Corne (John Mayall, Joe Walsh, Joe Bonamassa), What Happens Next
is a departure from Knowles' fiery and reverent take on blues and Americana, with poetic songwriting and soulful vocals.

The 12-song work offers an album of highs and lows, meandering through powerful riffs, jazzy blues ballads and classic soul before ending with one of his most personal songs. His guitar playing throughout is brilliant and unobtrusive, his rhythm work is deft and dynamic. The album opens with
Light Of The Moon, a rousing riff-rocker that features sweeping 60s organ embellishments, catchy choruses in a minor key and passionate, soul-soaked vocals.