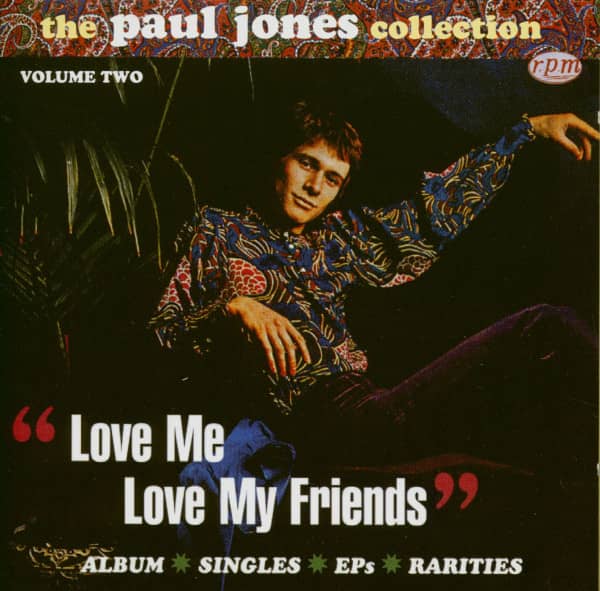 (RPM Records) 21 tracks - 6-pane foldout booklet - original first pressing​
-
Paul Jones left Manfred Mann as they wore high in the charts with their second No. I hit single, Pretty Flamingo, determined to pursue a solo career not only in music but also on the stage and in films. His acting successes and his later TV and Radio work has tended to overshadow the music Jones recorded during the latter half of the 60's and early 70's - recordings which show just how talented and versatile a vocalist (and songwriter) Jones is - from R&B to Pop, Rock'n'Roll to Soul and Blues. The Paul Jones Collection aims to bring together all the studio recordings made by Jones during the era. Each major album will be accompanied by the hits, EPs. singles and unreleased recordings . Volume Two is based around the original 1967 album "Love Me, Love My Friends" plus seven previously unissued tracks and both sides of a non-album 45. Paul's candid comments on the sessions are part of a comprehensive sleevenote, illustrated with pictures and memorabilia. 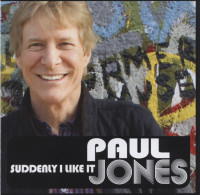 Tracklist
Jones, Paul - Love Me Love My Friends - The Paul Jones Collection Vol.2 (CD) CD 1
01 Love me
02 Poor Jenny
03 Trendy Miss Wendy
04 Nosher burns
05 Song about came Jones
06 Along came Jones
07 Bony Moronie
08 Little Sadie
09 Charlie Brown
10 The lonesome death of Hattie Carroll
11 Tarzan etc
12 Please help me Denise
13 Bugger burns
14 Sold to the highest bidder
15 Sons & lovers
16 Three sisters
17 After all is said and done
18 The love bug will get you
19 Take care
20 Hold On To Someone Baby
21 All The Time In The World
Funktionale