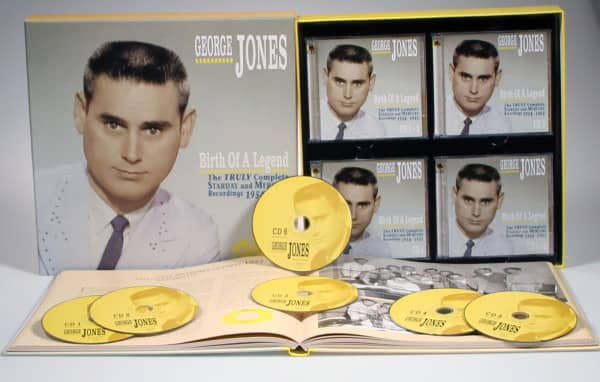 His fans and country music lovers have been asking for this definite set with George Jones’ early Starday and Mercury recordings for years.

•    One of Bear Family's most requested sets ... ever!
•    The beginning of the greatest career in country music
•    All of George Jones' classic early recordings, including Why Baby Why, White Lightning, Treasure Of Love, Window Up Above, Tender Years, and twenty more charted hits!
•    More than 20 previously unissued takes and songs!
•    Includes the Thumper Jones rockabilly single and all of George Jones' soundalike recordings for Dixie!
•    All the era's duets with Jeanette Hicks, Bobbie Ellison, Margie Singleton, Virginia Spurlock, as well as harmony vocals by Sonny Burns, Darrell McCall, James O'Gwynn, Floyd Robinson, and Donny Young (aka Johnny Paycheck).
•    Exhaustive newly researched biography and discography!
•    6 CDs with a 174 page book, featuring photos from the Jones' family's personal scrapbook!

How It Happened
Almost from the beginning of Bear Family forty years ago, there has been a steady flow of requests to reissue all of George Jones' Starday and Mercury recordings. They've been issued and reissued on scattershot compilations on myriad labels, sometimes rechanneled into fake stereo, sometimes overdubbed, sometimes edited, and usually without any logic behind the compilation. As a first step, Bear Family founder Richard Weize asked Otto Kitsinger, Don Roy and Dave Sax to try to take the first shot at a discography of George Jones' early recordings. That was more than twenty years ago.

After the success of Bear Family's anthologies of Jones' United Artists and Musicor recordings, we decided to take another shot at making sense of the frustrating tape logs and session contracts from Jones' earliest sessions. Then we tried to fill in the multitude of missing pieces, and figure out who owned what. And then we commissioned Kevin Coffey to write what is surely the definitive account of Jones' early years. Finally, we contacted the George Jones estate for their photos. The result: the last word on the early recordings of the first name in country music.

Why It Happened
The reason for the years of work behind this set is that it represents the beginning of George Jones ... the greatest singer in country music history. Here he's young and vibrant with everything to prove and nothing to lose. Over the course of seven years, we hear him become the singer we know so well. There were occasional dead ends, like the infamous rockabilly single he recorded as Thumper Jones and the soundalike discs he recorded for Dixie, and there were some unworthy songs that were forced upon him or he forced upon himself, but there were also classic George Jones recordings, on a par with anything else in country music history. We hear the raw, unbridled Texas honky tonk sound give way to classic Nashville. Above all, we hear country music's greatest singer discover himself

The Result
These recordings have never been heard complete and in sequence before. In painstakingly cross-checking, we found unreleased takes and even a few unreleased songs, including little-heard numbers from George Jones' first sessions in the living room studio of Starday Records founder Jack Starns. From there, we take in seven turbulent years that saw George Jones become the gold-standard country music vocalist, setting the stage for another forty years of hits. Truly, one of the essential sets in country music, for historical reasons as much as the pure enjoyment of hearing the genre's greatest stylist at the top of his game. 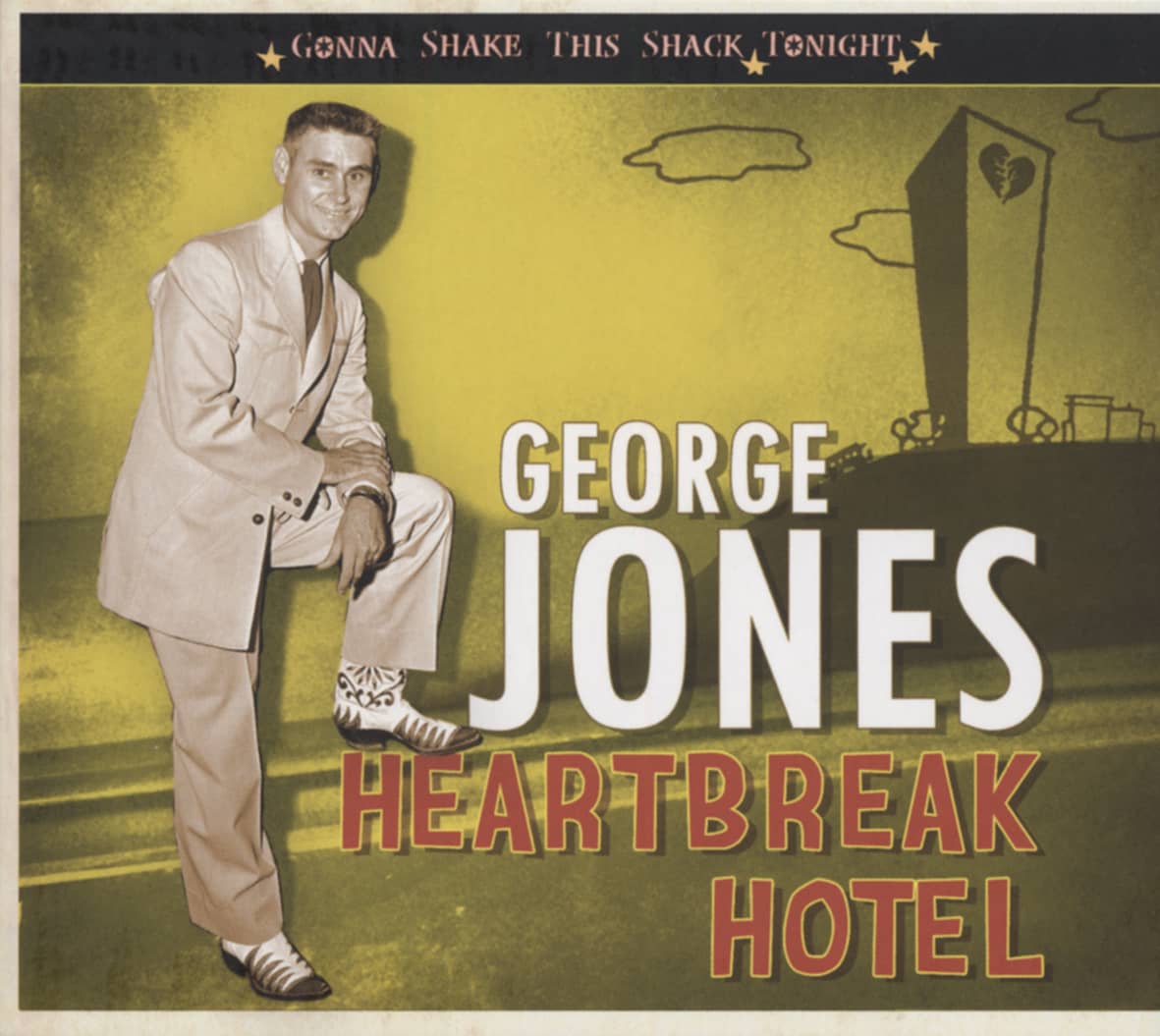 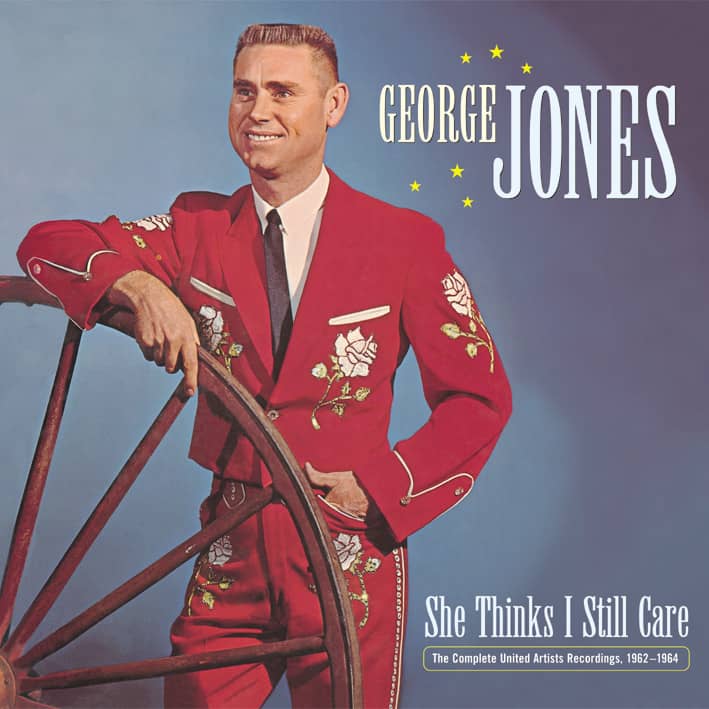 A fantastic collection including a wonderful book with 176 pages in 30 x 30 cm format, fortunately concentrating on the music and recording sessions. (After all, it is his music we love, is it not? Not his private life!)

Country at his best

I have been secretly wishing for a Bear family box containing all early recordings by George Jones. These early recordings are what George Jones for me is all about. Raw personality, intensity, emotions, just recorded, not produced or even over-produced and just commercial stuff! This is THE real thing after Hank Williams. I did not dare hope for this collection but when I saw it was indeed issued and available and also very affordable! I directly ordered one. The sound quality is great - although I will not sell my original Starday and Mercury LP's :-) It is very interesting to hear some of the alternative takes/outtakes and unissued sides. Cannot stop listening and wait for the next track, although I already knew most of them. And then as a surprise the high quality bound book!!!! Unbelievable and included in the price of this et! Amazing! Get it! and you won't ever regret it! Thank you Richard Weize!!!! And thanks again for the fantastic Johnny Horton DVD!!!! I bought 3 of them, 1 for my son, 1 for me and 1 spare!

Bear Family has done all country music fans a great service in compiling every single recording that George Jones made for Starday and Mercury. For various legal reasons, which I don't understand, these recordings have never been compiled in a single offering. The remastering is impeccable, and the accompanying books contains a treasure trove of information about Jones during this period of his career. Of particular interest are two rare tracks Jones recorded with Arlie Duff that feature Jones flatpicking lead guitar, a skill I did not know he had. My understanding is that there are licensing issues that currently prevent this box set from being sold by third party sellers in the United States, which is why I ordered my set directly from Bear Family. It's well worth the price! 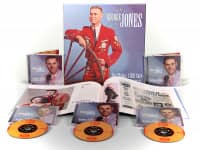 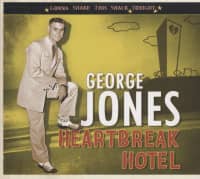