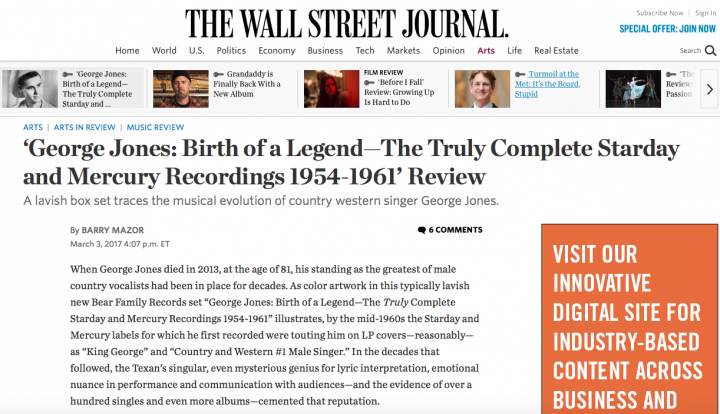 When George Jones died in 2013, at the age of 81, his standing as the greatest of male country vocalists had been in place for decades. As color artwork in this typically lavish new Bear Family Records set “George Jones: Birth of a Legend—The Truly Complete Starday and Mercury Recordings 1954-1961” illustrates, by the mid-1960s the Starday and Mercury labels for which he first recorded were touting him on LP covers—reasonably—as “King George” and “Country and Western #1 Male Singer.” In the decades that followed, the Texan’s singular, even mysterious genius for lyric interpretation, emotional nuance in performance and communication with audiences—and the evidence of over a hundred singles and even more albums—cemented that reputation. 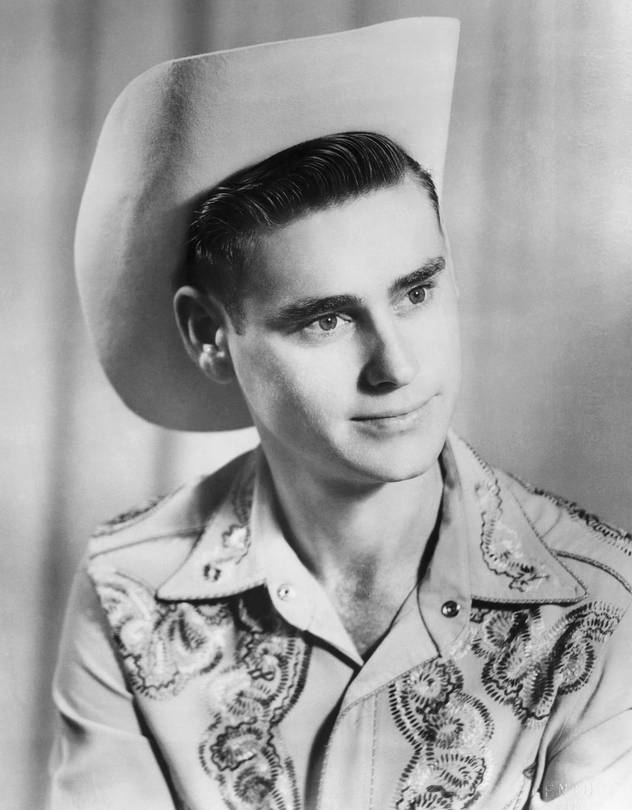 In the invaluable book included with the box, the set’s producer, country music historian Kevin Coffey—his narrative sharply focused on the specifics of young Jones’s sessions, musical relationships and development in the years covered—reminds us that Hank Williamsoffered neophyte Jones some pointed advice after appearing with him on a 1949 radio broadcast: He would be wise to quit imitating his heroes and find a sound of his own if he wanted people to pay to see him.

Williams had a point, but it would take time for his advice to take hold. The recording newcomer heard in the earliest of the George Jones honky tonk and even rockabilly recordings on this six-disc, 200-track set is an accurate imitator of Lefty Frizzell,Ray Price, traces of Roy Acuff and Bill Monroe, and most of all of Hank Williams. In late recordings in this chronological set, a polished, riveting Jones is recording covers of hits of the same singers, but it is unmistakable who is doing the singing—and adding new levels of meaning in the process.