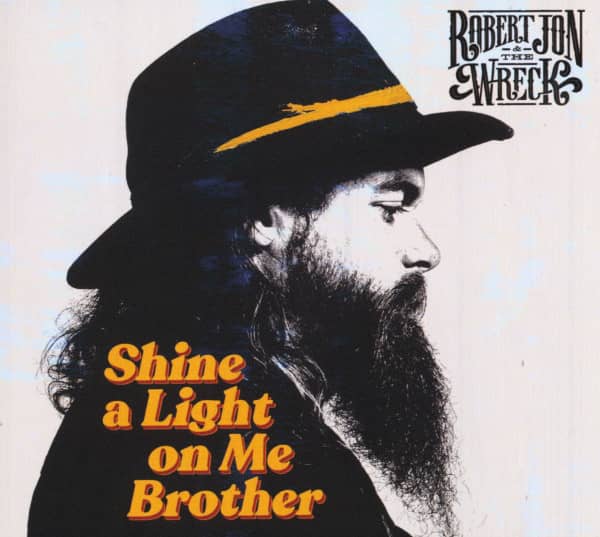 Robert Jon & The Wreck: Shine A Light On Me Brother (CD)

Robert Jon & The Wreck have been writing songs and releasing albums since the band formed in 2011. In that time, the quintet of accomplished gentlemen has diligently honed their sound and played to sold-out crowds in Europe and the United States. The band has been showered with awards and rave reviews for years, from nominations in the "Best Rock" and "Best Blues" categories to winning the title of "Best Live Band" at the Orange County Music Awards in 2013, to numerous Top 10 placements in Southern Rock Brazil's Top 20 Albums, to praise such as "Classic and fresh at the same time" from Rock The Best Music, "Rais[ing] the bar for the Southern genre" from Blues Rock Review, and "Keeping the history of classic 60's and 70's rock alive for newer generations" from blues legend Joe Bonamassa.

"A stylish reimagining of well-worn Southern rock tropes by an Orange County quintet with impeccably executed contemporary commerciality. Born of Allmans and Skynyrd, but freshly packaged for the year 2000." Classic Rock Magazine "Full of Eagles-like guitar riffs and an infectious groove." Blues in Britain

Article properties: Robert Jon & The Wreck: Shine A Light On Me Brother (CD)