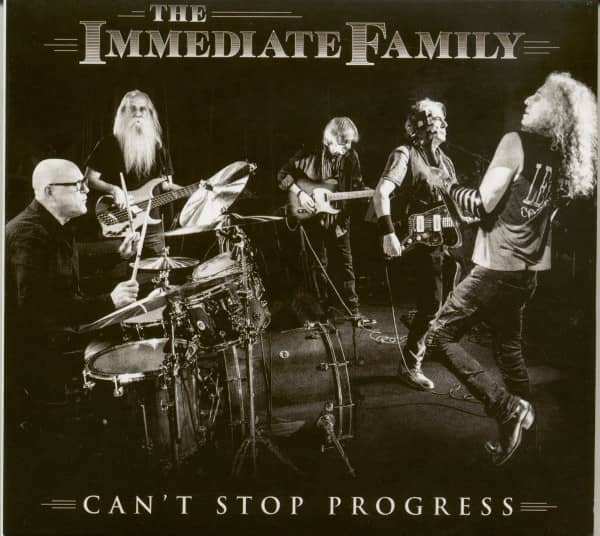 (Quarter Valley ) 5 tracks
The Immediate Family (the modern iteration of a legendary studio ensemble known as 'The Section') is a rock and roll band composed of four of the most recorded, respected and sought-after players in modern music: Danny Kortchmar (guitar and vocals), Waddy Wachtel (guitar and vocals), Leland Sklar (bass), Russ Kunkel (drums) and the addition of prominent touring, session guitarist and songwriter Steve Postell (guitar and vocals).

Following on the heels of the success of The Immediate Family's first EP 'Slippin' and Slidin', the band gives fans a deeper look into their music with the release of Can't Stop Progress a five song EP on Quarto Valley Records. The EP, which features all original songs from this supergroup, is a bridge to their much anticipated LP and documentary by filmmaker / director Denny Tedesco, coming soon.