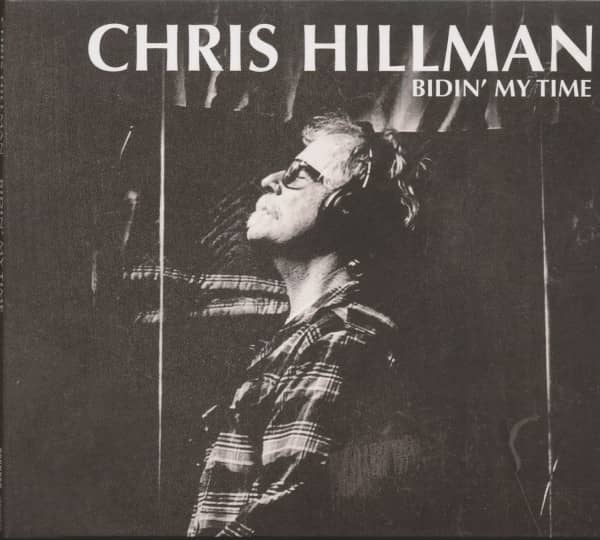 (2017/Rounder) 12 Tracks - Ecopack - Hillman and guests - Active since more than 50 years as a solo artist as well as with such bands as The Byrds, The Flying Burrito Brothers, Manassas and The Desert Rose Band. This is his newest, 'Bidin’ My Time', the 2017 addition to his credit list of highlights! Chris Hillmann invited a lot of guests for their appearance, Tom Petty, David Crosby, Roger McGuinn, Benmont Tench, Mike Campbell, Steve Ferrone and many others too!

For a while he also had his own band, the "Hillmen". Then Hillman joined a quintet called The Byrds, and after a huge hit Mr. Tambourine Man, became one of the most important groups of the 1960s. In 1968 Chris Hillman left the Byrds and founded the Flying Burrito Brothers together with Gram Parsons. After 1972 Hillman was found in various groups, with Stephen Stills and later with Roger McQuinn and Gene Clark in the formation".McQuinn, Clark & Hillman". McQuinn and Hillman toured as a duo in the early 1980s and Hillman embarked on a solo career in 1983. Two L.P.s for Sugar Hill testify to Chris Hillman's outstanding musical quality. In the mid 80s he founded the Desert Rose Band.