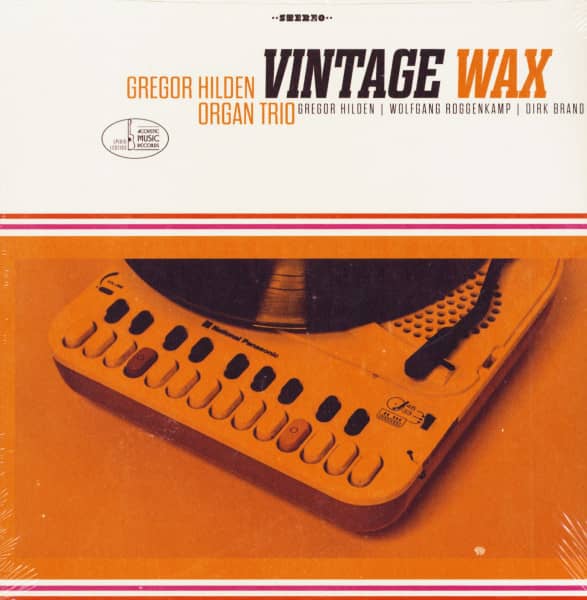 The Gregor Hilden Organ Trio celebrates these times on their vintage instruments - on this album with original compositions in the old style like the title track "Vintage Wax", as well as a classic of the genre, Jimmy McGriff's "All About My Girl". But the trio of the Münster-based guitarist goes far beyond that, expanding the stylistic range with soul power, funk grooves, mellow moods and - as on the "First Take" album - a surprising instrumental version of a hit tune. Gregor Hilden once again underpins his reputation as an extremely versatile guitarist with deep blues roots who makes every note count instead of wasting too many. He has become an institution on his instrument with an instantly recognizable style of his own - which nearly 90,000 followers and millions of listeners on his YouTube channel also appreciate.

Still in the mix is the outstanding organist (and vocalist on two tracks) Wolfgang Roggenkamp with his fluid solos, rhythmic chording and bass pedal work - perfect mastery of the Hammond vocabulary coupled with creative inspiration. Hilden and Roggenkamp also co-wrote over half of the songs on this album.

Groovemeister Dirk Brand is also back on board, providing rock-solid beats and tasteful breaks.