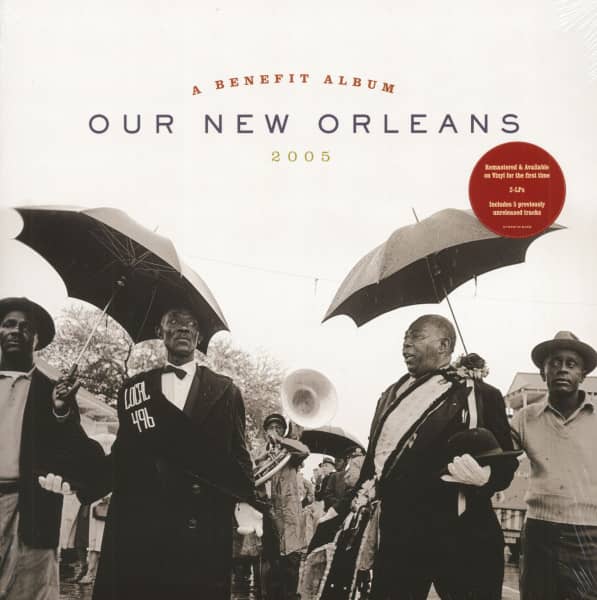 (Nonesuch Records) 21 tracks, gatefold cover
Nonesuch releases a remastered special edition of the 2005 album Our New Orleans for the first time on vinyl. The two-LP set features five previously unreleased tracks:
"Do You Know What It Means" by Davell Crawford; "Let's Work Together" by Buckwheat Zydeco and Ry Cooder; "Crescent City Serenade" by Dr. Michael White; "Walking By the River" by Dr. John; and "Do You Know What It Means" by Wardell Quezergue Orchestra featuring Donald Harrison.

For Our New Orleans, many of the Crescent City's best-known musicians recorded songs that are an integral part of their lives, expressing their feelings about the city and the trauma of Katrina.

The album came together quickly and easily, over the course of a month, in one-day sessions around the country. Nick Spitzer, host of New Orleans public radio station "American Routes," contributed liner notes to the album, as did Pulitzer Prize-winning author Richard Ford, also a native of the Crescent City.
Other producers who contributed greatly include Mark Bingham, Ry Cooder, Joel and Adam Dorn, Steve Epstein, Joe Henry, Doug Petty, Matt Sakakeeny and Hal Willner.