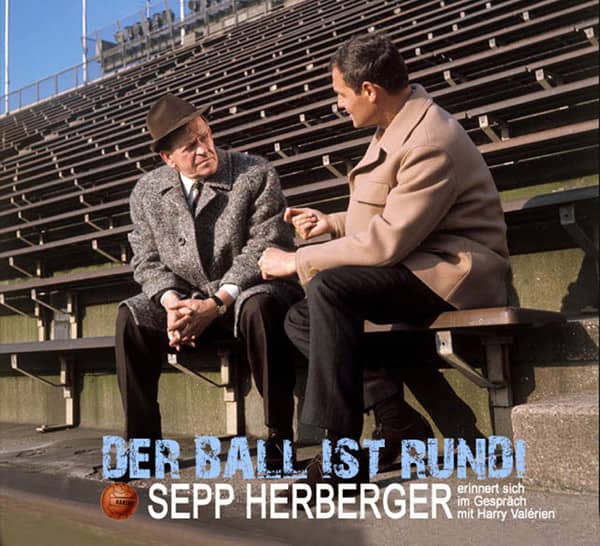 1-CD Digipak (6 pages) with 12-page booklet, 10 single titles. Playing time approx. 49 minutes. ,
also available:
The ball is round - Sepp Herberger remembers in conversation with Harry Valérien
Der Ball ist rund - Sepp Herberger erinnert sich im Gespräch mit Harry Valérien
The ball is round: Sepp Herberger remembers a conversation with ZDF reporter Harry Valérien. Experts among themselves: Bear Family presents a legendary interview from the 1960s. Harry Valérien, a reporter and presenter expert (1923 - 2012), spoke extensively almost 50 years ago with one of the greatest coaches in football history, Josef 'Sepp' Herberger (1897 - 1977). Here the skilfully questioning, competent sports journalist - there the clever strategist (also in conversation), to whom posterity owes immortal wisdom, but also the 1954 World Cup win, and will never be forgotten.
Sepp Herberger talks about tactics and psychology, about strengths and weaknesses of famous domestic and foreign players, which he has trained himself or whose careers he pursued from a distance. ,
An audio book as a document of sports history. Sentence by sentence a grasp into history - and at the same time the proof of how much football has changed since then, but that - even after all these years - the round still has to be squared.....
Sepp Herberger
The ball is round
Sepp Herberger remembers in conversation with Harry Valérien
His football wisdom is a legend, just like Sepp Herberger himself. "The ball is round", "A game lasts 90 minutes" or "The next game is always the hardest": In an interview with sports journalist Harry Valérien, he adds another to his extensive collection of well-known findings: "Players and coaches are in each other's skin". However, the former national football coach said this at a time when his descendants were not yet hired and fired at this rate, as is the case today. In our time, in which multi-million-dollar strong kickers play with the existence of their trainers from week to week intentionally or unintentionally, in which current lactate values are often valued higher than individual ability, and in which the income from advertising contracts bring in more money to some kickers in one year than their predecessors could have earned in 20 years when the Bundesliga was founded in 1963. ,
Josef 'Sepp' Herberger, born in Mannheim in 1897, was coach of the German national football team from 1936 to 1964.
By winning the 1954 World Cup, football set its own monument. Herberger, who died in his hometown in April 1977, was considered a sly, sly-eared strategist and tactician. His measures did not always meet with the approval of millions of German football fans. The little man with the great expertise behind his furrowed forehead even had understanding for this, as one hears of him in this interview. ,
For the national players he was the'boss', who knew everything and saw everything, and who before important matches even made the women of the kicker elite into allies. Herberger didn't need a psychologist to help motivate him. He did this himself, so well and convincingly that even veteran players like his sensitive favourite pupil Fritz Walter or Helmut Rahn from Essen - Herberger always speaks of'international fights' - ran like rabbits from the first to the last minute to show what the'boss' expected, namely to be a shining example for young players. ,
He knew them all, the greats of national and international football of his time. Whether Fritz Szepan or Hans Schäfer, Willi Schulz or Uwe Seeler and Franz Beckenbauer - in conversation with Harry Valérien he mentions their strengths and weaknesses, as well as those of the famous Brazilians Pele and Garrincha or those of his strongest sporting opponents, the Hungarian ball artists Puskas and Hidegkuti, against whom the final of Bern was won 3:2. ,
Listening to this man with football and life experience is not only a pleasure for football fans.
With deliberate restraint and skillful questions, Harry Valérien aroused the expressiveness of the often closed former national coach and directed the direction and mood of the interview, which was recorded in 1967. Born in Munich, Valérien, born in 1923 and winner of many awards, was a thoroughbred sports journalist. His specialty was not necessarily football. Winter sports in all its facets, that was his domain. But he knew many sports, was informed and fascinated listeners and spectators. From 1952 to 1996, the 82-year-old radio and television reporter reported on almost all the Olympic Games. The humorous Bavarian with a great preference for fashionable sweaters distinguished himself from 1963 to 1988 as presenter of the'Aktuellen Sportstudio' on ZDF. Jürgen Eschmann 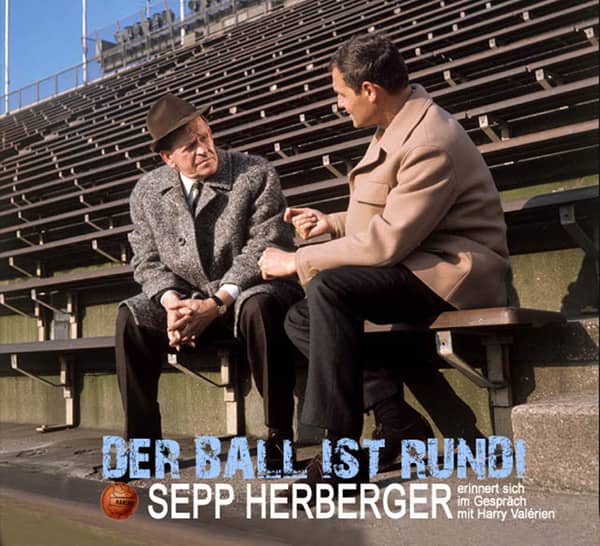