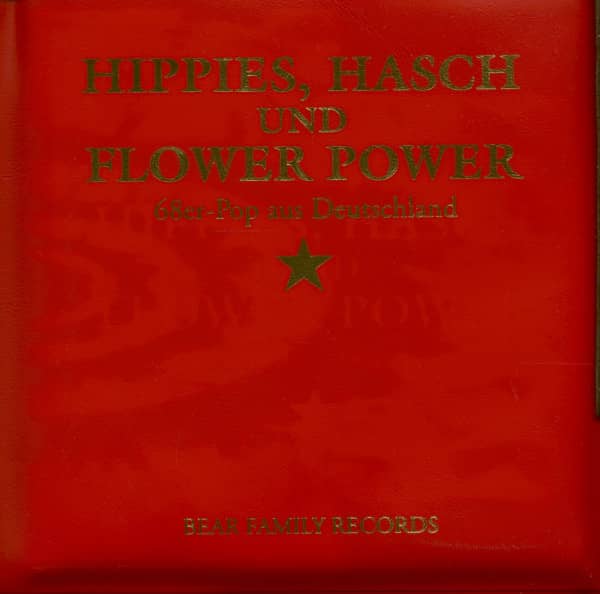 CD with 32-page booklet, 25 tracks, running time 70 minutes.
The legendary time of the'68s' as a theme for the record, curious hits, affected interpreters, tangible fooling around with European and American stars of various colours. Many rarities for collectors of the obscure.
1968 in Germany and elsewhere. It was a time of upheaval and change. Flower children and rubber truncheons. bums and demonstrations. hash pipes and state-sponsored helplessness. Even today, this time is still a topic for serious processing in books, for film documentaries and discussion rounds. From today's perspective, almost everything that was recorded at that time, especially lyrically, provides a mixture of salvo of laughter and shaking of the head.
There were hits, folklore of consternation and deliberate silliness. Only very few of the songs collected here have sold countably well ' the result: many are hardly to be found and mutated into rarities, some of which have never existed on CD before and therefore carry the imaginary stamp'RARITY'. Headlines like Gammelshake, Wir sind verlauste Affen or Molotow Cocktail Party are actually enough to arouse great curiosity ' and who has only heard Kaplan Flurys Jimi, oh Jimi Hendrix once, will guard this CD like his own eyeball. Conclusion: an all-round roar with committed involvement... !
The selection of songs on this CD is as contrasting and contradictory as the time from which these songs originated: a fifth year that may have lasted in the Federal Republic from 1967 to 1971 and after which our society was no longer the same. Hippie bliss and vigilante bullshit, fashion and anarchy, drugs and Dutschke, pacifism and emigration, radicalism and selfishness - all these insignia of the so-called'68s' were also reflected in the German pop music of these years.
The first forerunners (though not forerunners) of the'68ers' appeared in Europe from around 1964 in the centres and parks of the big cities - the first exiting movement after the war. Around 1965 the term'bum' was established for these young people, who were publicly'loitering' in larger groups. They lived on street music or casual work and pursued no further political goals than to turn their backs on social realities and live'differently'. Outer expression of this attitude was a scandalous facial and head hair and negligent clothing for parents of the time.
Although, according to the opinion researchers from Allensbach, 89% of Germans could at least begin with the term'Gammler' in 1967, the year before the first reaction of the German hit industry to the new phenomenon was even terribly flopped: 11th place (out of 12 places) in the final elimination of the 1966 German Hit Festival in Baden-Baden for Margret Fürer and the Penny Pipers with the Gammelshake. A moderately funny attempt to throw oneself at the hit fans with the majority-compatible cliché of the stinking lazy bum. It shouldn't be the only one...