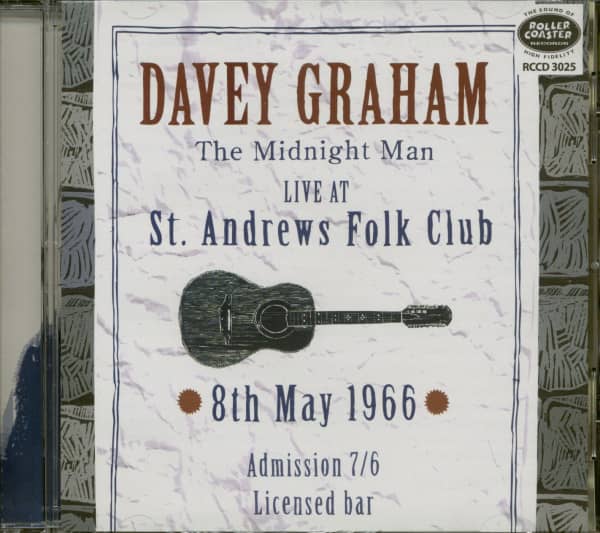 Davey Graham in great shape. Especially when regarding the age of the recordings, the sound quality is pristine. DAVEY GRAHAM - acoustic gtr/voc.


A long-awaited album from Rollercoaster, and a classic performance from the 60s by Davey Graham. This previously unreleased live performance was recorded by Geoff Harden while he was a student at St Andrews University in 1966. Geoff regularly carried his tape-recorder to the St Andrews Folk Club and on this occasion, after recording the evening's events, he was asked to erase the tape by someone purporting to be Davey's manager. Luckily, the reel survived and we negotiated with Davey and Geoff to release it in its entirety.

The surprisingly hi-fidelity recording features Davey in great form vocally and instrumentally. This CD will bring back happy memories for those who remember Davey's folk club appearances in the 60s, and it will delight Davey's many new fans eager to hear Davey at his very best.