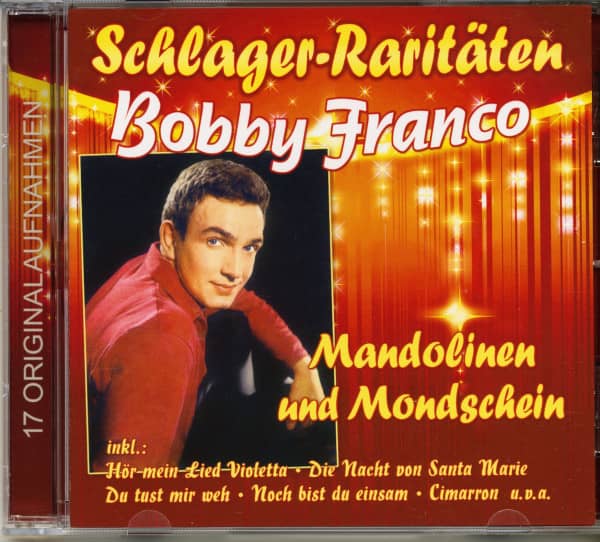 Bobby Franco was born on March 30, 1937 in Bielefeld as Klaus Honsel. As a child he already sang in the well-known Bielefeld children's choir. He trained as a graphic artist and also took acting lessons.

In 1958 Bobby Franco took part in a talent contest on Peter Frankenfeld's program Toi, Toi, Toi, where he was discovered as a singer and received a recording contract. From 1958 Bobby Franco released several singles, of which Mandolinen und Mondschein (1959) and Noch bist du einsam (1961), the German version of the Roy Orbison hit Only The Lonely, were the most successful.

From 1962 Bobby Franco appeared under the name Bob Franco as a musical performer and theater actor. He also regularly played theater on the big boulevard stages in Germany. He also appeared in films, including Auf Wiedersehen am blauen Meer (1962) and Mitternachtszauber (1964).

This product will be released at 30 November 2022