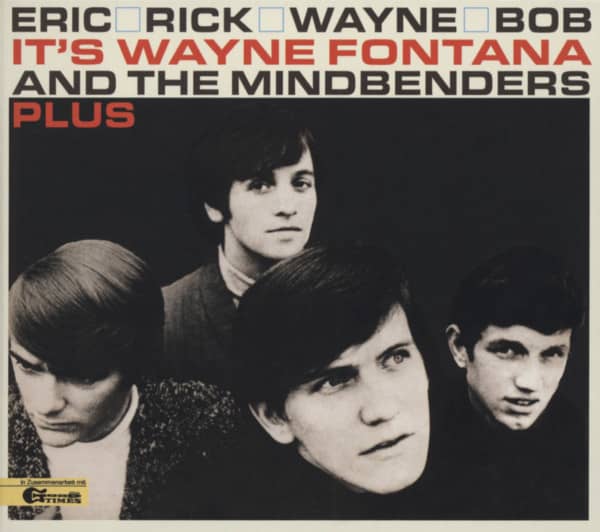 Wayne Fontana And The Mindbenders: Eric, Rick, Wayne, Bob, Plus

Their second album, adequately enhanced. It includes nine Fontana/UK bonus tracks, the hard to come by Pomus/Spector single B-side First Taste Of Love and the even more rare 'Walking On Air'-EP (1965). This CD also includes the Top 20 smash It's Just A Little Bit Too Late, and it features Eric Stewart on guitar (later of Hotlegs and 10cc fame). Songs by Burt Bacharach, Goffin/King, Leiber/Stoller, Chuck Berry and others, and a booklet with many photos and the band history.

Only very few bands have a new album out though in the meantime they have ceased to exist, with new products of the individual musicians already in the shops. That's exactly what happened with the second album by Wayne Fontana & The Mindbenders. There was no chance to promote the record and, hence, no chart entrances were on the horizon. A real shame as this reissue shows. The album is packed with versatility, power and sensitivity. Cover versions by Gene Pitney, Willie Dixon among others get the unique Mindbenders treatment - and Wayne Fontana's interpretation of Van McCoy's I Remember Love is a smash.

The fetching booklet includes many photos and documents the second half of the band's career. The CD includes nine extras: rare 1964/65 single B-sides and their last EP, 'Walking On Air', which is sought-after by collectors these days. 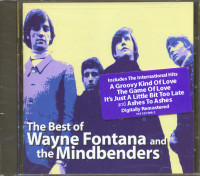 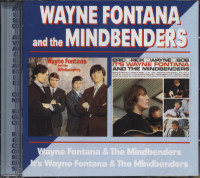 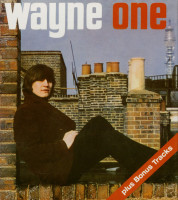 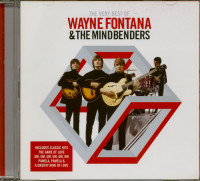