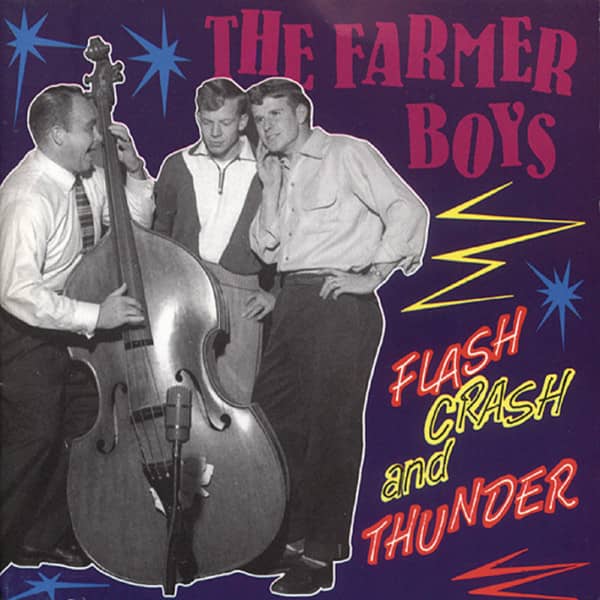 The Farmer Boys were just legends among country and rockabilly collectors until we started digging. Now their full story is here, together with all 16 of their Capitol recordings from 1956-1957. Fans of that fabulous Bakersfield sound will dig the Tommy Collins and Buck Owens songs and backings by the early California country cats. All rockabilly fans need to know is that the tracks include You're A Humdinger, Flip Flop,
My Baby Done Left Me or It Pays To Advertise....plus 12 others.

Learn more about FARMER BOYS
The Farmer Boys Though both were born into families that headed west from Arkansas, Bobby... more
Close menu
"FARMER BOYS" 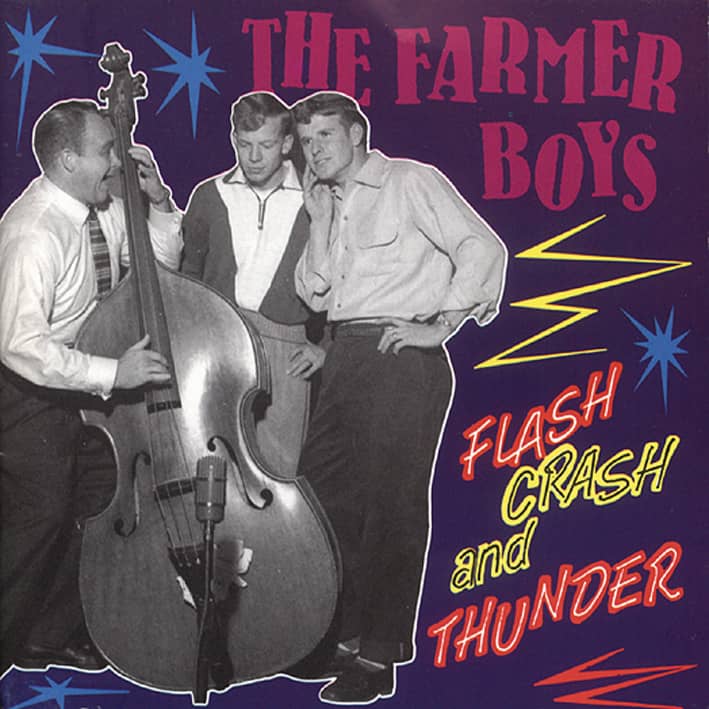 Though both were born into families that headed west from Arkansas, Bobby Adamson and Woody Wayne Murray met in Farmersville, California in the 1940s. They began performing together at local venues, including the Happy-Go-Lucky club in Tulare, 65 miles from Bakersfield. Cousin Herb Henson happened to hear them there one night, invited the duo to join the cast of his TV show, and dubbed them the Farmer Boys.

"We weren't at the show long before he took us down to Hollywood and got us an audition with Capitol Records,” Adamson told Cary Ginell in 1991. Ken Nelson signed them and they began recording in 1955, backed by a cast of Bakersfield players that included Bill Woods, Lewis Talley, Johnny Cuviello, Roy Nichols, and Jelly Sanders. They hit the road, and even toured briefly with Elvis in 1955. By the time they recorded Flash, Crash And Thunder in 1957, the Farmer Boys were backed by the Desert Stars, a band that included Gene Breeden and future Merle Haggard steel guitarist Norm Hamlet. Buck Owens, who co-wrote the song, played guitar on the session.

It was immediately after this session that Ken Nelson offered Owens an artist deal of his own that eventually brought the Bakersfield Sound to national prominence. "It was a rawer sound in Bakersfield,” Norm Hamlet explained, "and it started with groups like the Farmer Boys.”