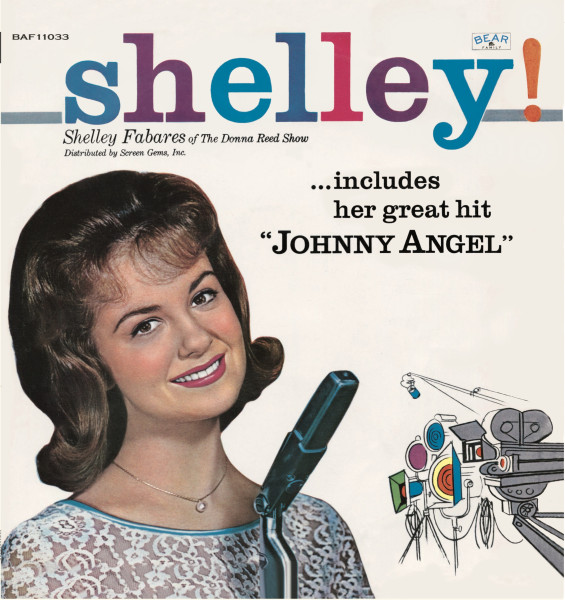 BEAR FAMILY Vinyl Club Exclusive - limited collector's edition, direct from BEAR FAMILY’S ONLINE SHOP only
1-LP 10inch (limited to 500 copies – blue vinyl), 12 tracks.
Shelley Fabares? Born in 1944 as Michele Ann Marie Fabares, the singer and actress (film and TV) got a starring role in the 1965 Elvis film 'Girl Happy'. Three years earlier, she had recorded one of the great teenage anthems of the early sixties with Johnny Angel, which made it to the top of the Billboard pop charts in 1962. The recordings on the self-titles LP, released in July 1962 on the Colpix label, are considered outstanding examples of well-crafted teenage rock & roll and pop of the era. The producer was Stu Phillips, who also produced Nina Simone's Colpix sessions, among others, and was later responsible for the theme music of U.S. television series such as 'Quincy', 'Battlestar Galactica' and 'Knight Rider'.
Belgian record collector Marcel Meersmann has once again opened the doors of his archive for us and provided us with his rare original album for this re-release. Many thanks for this!  According to today's technical possibilities we have added two bonus tracks to the ten titles released at that time, carefully mastered the recordings for this limited vinyl edition and had the new version pressed on colored vinyl.

Shelley Fabares, born on Jan. 19, 1944, in Santa Monica, California, started as a dancer and actress, appearing in Rock Pretty Baby, before achieving public recognition on TV's The Donna Reed Show in the late Fifties. From here it was only a short step to a record contract with Stu Phillips' Colpix label (formed as a subsidiary of Columbia Pictures) where she immediately hit with the embarrassingly cute and wistful Lee Pockriss and Lyn Duddy song 'Johnny Angel', a No. 1 in 1962.

A year later, her record career was over. She had pursued the 'Johnny Angel' theme relentlessly but with declining success on 'Johnny Loves Me', 'The Things We Did Last Summer' and 'Ronnie, Call Me When You Get A Chance'. Later in 1963, she retired to marriage with Lou Adler.

This product will be released at 6 September 2021

This product will be released at 6 September 2021 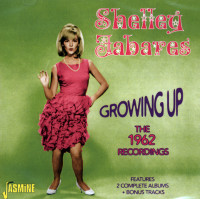