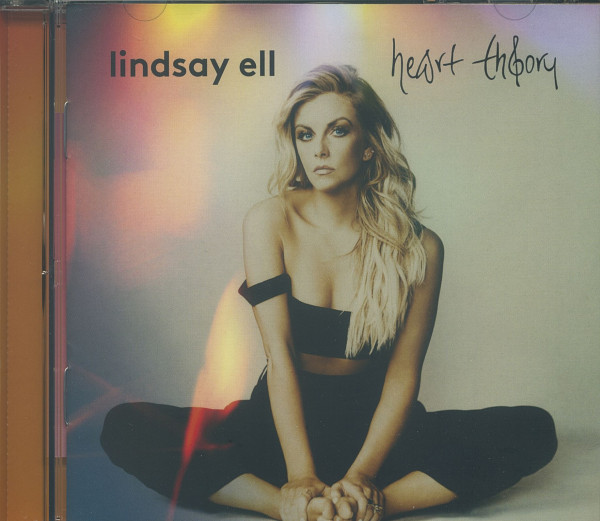 (Stony Creek Records) 12 tracks
“I’ve learned to care a little less about what everybody thinks,” says singer/songwriter/guitarist Lindsay Ell. “Following my gut instinct, truly saying what I want to say—that’s the magic, the elements that make you relatable and real. Before, I was worrying about writing for radio, for fans, but now this is what I know, this is my journey. And the more honest I get, the more effective it is.”

The tracks take the listener along the path of the seven stages of grief: shock, denial, anger, bargaining, depression, testing and acceptance. “If my last record was called The Project, this one could be called the process.” From the shock-to-the-heart felt in the groovy opening track “Hits me” to the sing-along-at-the-top-of-your-lungs acceptance of the closing track “ReadY to love,” Ell invites you to experience her journey.

Produced by the legendary Dann Huff, heart theory maintains a sonic depth and auditory aura while still conveying the emotional rawness and storytelling that highlights Ell’s growth since her debut album on Stoney Creek Records, The Project, which debuted at No. 1 on the Country Album Sales Chart and was named Billboard’s “Best Country Album of 2017.” That album spawned her first Top 20 hit in the US, as well as her first No.1 on the Canadian Country radio charts – making her the first female artist to top that chart in 10 years.

Most recently, she scored her first No. 1 with “What Happens in a Small Town,” her duet with Brantley Gilbert – another milestone moment making her the first Canadian artist to hit No. 1 in the US since Emerson Drive’s “Moments” in 2007, and the first Canadian woman to reach the top of the charts since Terri Clark with “I Just Wanna Be Mad” in 2003.

Over the past 3 years, Ell has shared the stage with some of the biggest acts in the world touring with Keith Urban, Brad Paisley, and Sugarland.  She has more than held her own in moments alongside such artists as Mellissa Etheridge, Billy Ray Cyrus, Robert Randolph, Billy Gibbons and other legends. She has made multiple appearances on the CMA Awards stage including playing with Carrie Underwood and performing with distinguished country group, Little Big Town, alongside other powerhouse female artists in one the biggest moments of the 2019 CMA Awards where she was also nominated for Musical Event of the Year. Ell’s nominations do not stop there, she is a 2x 2020 ACM nominee for New Female Artist of the Year and Music Event of the Year.

Concurrently though, Ell was grappling with the real-life complexities that come with growing up, even as a rising star. “The past couple of years, I’ve been through a lot,” she says. “A public break-up took me through all of the stages of heartbreak, I turned 30, I had a health scare and countless other hurdles. And I came out the other side as a full human. There are moments when life just smacks you in the face and you need to do the work of figuring out what that means, how it changed you, and how to take full control of your life.”

Ell points to several of the new songs as examples of her evolution and sense of maturity. “There’s a song called ‘make you’ that’s about a trauma that happened to me as a little girl, something I have never publicly talked about,” she says. “Holding pieces of our story back means missing out on the opportunity to feel inspired, changed, drawn to make a difference. I got into this business to change people, to make them feel something. So, it was important to me to get really honest and say that all of us have skeletons in the closet, but those things make us who we are.”

With a chorus and guitar lines that soar “wAnt me back” is glowing with self-appreciation and tints of anger. “I love watching people step into their own power,” says Ell. “It is one of the most inspiring moments to watch someone finally see their full potential.” With this sentiment, Ell co-wrote this mid-tempo track with hit-maker Kane Brown along with Matt McGinn and Lindsay Rimes. Preaching confidence and that there is no other you, Ell hopes to inspire others to free themselves of the shackles that no longer serve them well.

Lauded by Forbes magazine as “one of the most exciting and talented young artists in Country music,” the Calgary native learned to play guitar while traveling with her father to Country-Bluegrass camps as a young girl. Ell was championed by Randy Bachman (of Bachman Turner Overdrive and The Guess Who), who discovered her at the age of 13, and was soon touring alongside the likes of Luke Bryan and Buddy Guy.

While Ell has earned special recognition for her blistering guitar playing, she notes that she doesn’t want to be defined by any one dimension of her work. She says, “I don’t want to be known as just a guitar player. My favorite artists, like John Mayer and Keith Urban, are great players, but that’s not the only thing you think of. I write, sing, produce and think all the pieces of the puzzle come together to make an artist’s story unique, to paint the full picture. Yes, this is a huge guitar record, but that’s not what I want be the first thing that rings the bell when you listen.”

A major part of Ell’s success has come from her dedicated exposure to an international audience. She has performed on her own tour, at the C2C Festival, opening tours for stars in their home territories, and as part of the CMA’s “Introducing Nashville” series in Europe and Asia (at one point playing in eight different countries in 32 days).

“I’ve loved doing so much international travel.” she says. “I always wanted to build my career beyond the borders of North America, so it’s incredible to go to New Zealand, Japan, Germany, places where they’re trying to figure out what I’m saying, but they’re so into it. They listen to the catalog, learn the songs, come to the show ready for the experience—they’re the perfect audience, they care so much.”

As Lindsay Ell gears up for a new album and continues to tour around the globe, she embraces this next chapter of her career. “Artists are always scared of the infamous sophomore album,” she says, “but I’m so excited. I’ve done the work, I’ve found the right team, and I’m coming at it from a place of more strength and more honesty. I’m ready to do this, so bring it on.” 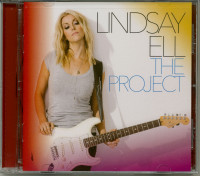