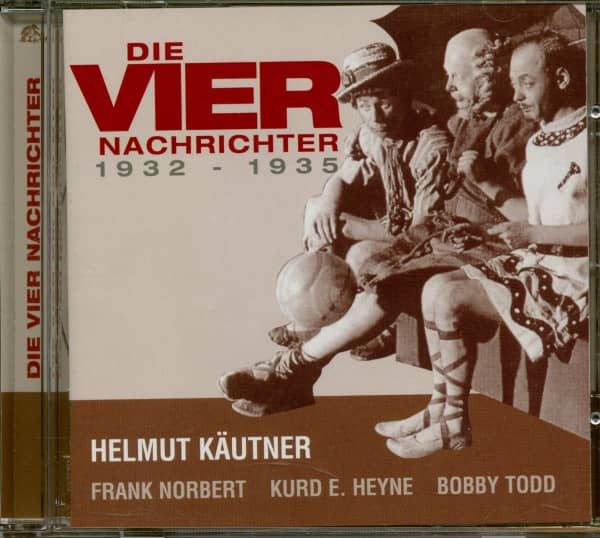 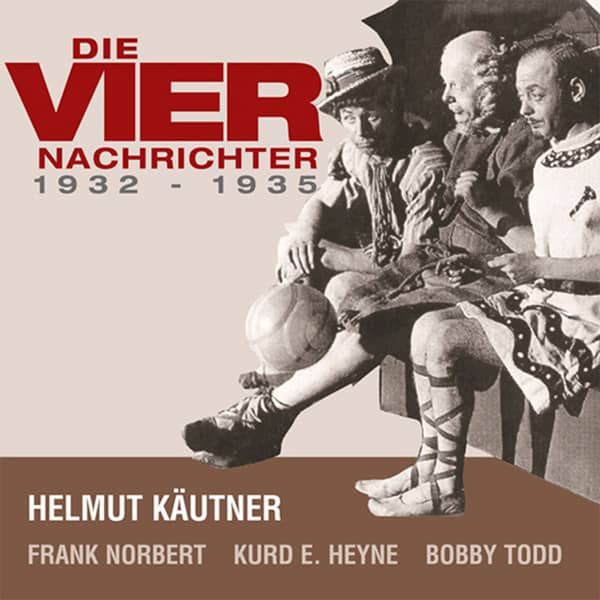 In the early 1930s, the Brettl ensemble'Die Nachrichter' with its ballad by Henry the Eighth ties in with the cabaret tradition of bloodthirsty moritate parodies:

With every new corpse
Heinerich remained the same.
Yes, Heinerich, the eighth,
He didn't care.

Already the name'Nachrichter' is macabre and has nothing to do with news messages, which would be the obvious thought in the time-related cabaret genre. Rather, in the Middle Ages, the news judge is a synonym for the person who is to be tried after the judge when a death sentence has been passed, the sharp-judge. The group also trades as'Die vier Nachrichter' and this underlines the allusion to'Die eleven Scharfrichter', the first political-literary cabaret in Germany.

Like the'Scharfrichter', founded in 1901, the'Nachrichter' come from Munich. They were created in 1932 from a student cabaret that had been active in the Bavarian capital for four years. The ensemble included

Helmut Käutner (1908-1980), who became one of the most important German film directors

Bobby Todd (1904-1980), who emigrated to Italy in 1936 and later appeared in German films again, as in Edgar Wallace''The Dead Eyes of London

and Frank Norbert, pseudonym for all subsequent musicians of the ensemble; in the Heinrich-dem-Eight recording Norbert Schultze (1911-2002), who later set Lili Marleen to music, but also propaganda songs on behalf of Goebbels, hid behind this.