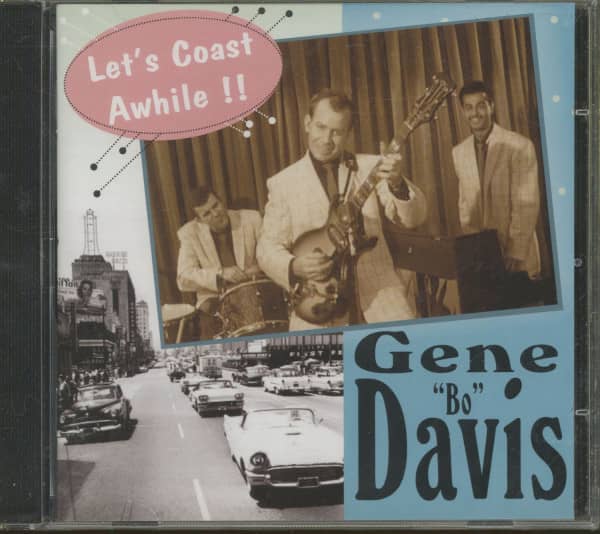 (Hydra Records) 30 tracks with 20 page booklet
-
This is the first ever compilation of Gene Davis who has laid down some great rockabilly & country tracks plus who led a band that is still spoken about on the west coast of America in almost reverential tones. He recorded some great boppin hullbilly songs for King Records in the mid 1950s, before he moved to California and started playing rockabilly.

Under the name of Bo Davis he recorded some great rockabilly songs backed by the legendary Eddie Cochran. More rocking recordings like Curfew, No Rockin' & Rollin' followed and soon he was discovered by Buck Ram to appear with his band in some movies like 'Carnival Rock' and 'Rock All Night' under the name of The Blockbusters. The talented singer and guitarplayer Gene Davis soon became the house band for the famous LA club 'The Palomino' backing many big names. His band over the years included several soon to be stars. This album includes all of his rocking sides, some country boppers, some duets with Chuck Miles, Faron Young, The Collins Kids, Glen Campbell and finishes with his only chart success 'Oh Those Texas Woman'.