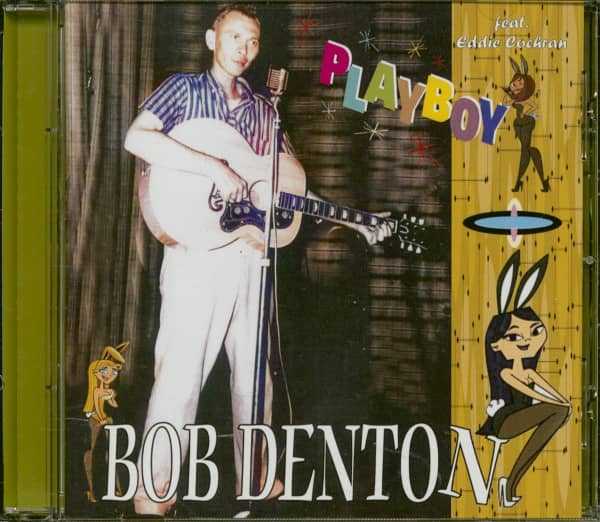 (Hydra Records) 27 tracks - 20 page booklet
Bob Denton began his musical career in the mid-1950s in a country band with future hit composer Hank Cochran. He introduced him to another friend - Eddie Cochran. This resulted in the Cochran Brothers. Bob Denton continued to play in the clubs of Los Angeles often together with Eddie Cochran.

The two not only had musical things in common, but regularly moved around the clubs, chased girls and went hunting. They became best friends. Eddie Cochran got Bob his first record deal with DOT Records and accompanied him in the studio on the recordings as he did on almost all the others.

The big hit for Bob Denton did not happen, but at least he was able to reach the charts in some local markets, which led to further record releases. They also experimented with stereo recordings in the studio back then, which are released on this CD for the first time. Stylistically between rockabilly, rock & roll and ballads, he served the preferences of local teenagers until he was drafted into the Army.

Eddie Cochran offered to take him on another of his England tours but died before that in a tragic car accident. Bob Denton carried his coffin to the grave. He continued
to make live music into the 2000s. Here are finally all his recordings on one CD