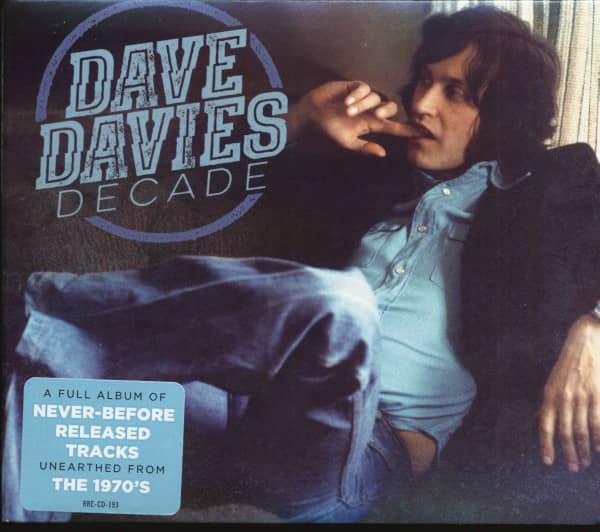 Dave Davies is a founding member of the rock group The Kinks. His guitar sound, unique style and songwriting have influenced the landscape of rock and pop music for generations. He single-handedly changed the sound of Rock-n-Roll by using a razor blade on his small green Elpico amp speaker and creating the first heavy metal guitar tone and riff.

This revolutionary guitar sound helped The Kings to worldwide fame with hits like "You Really Got Me" and "All Day And All of the Night" and many more over decades. Davies music is as topical today as it was in the 1960s, after releasing several critically acclaimed albums on Red River in recent years.

After solving the mystery of Dave Davies' first lost solo album and documenting it in the great Hidden Treasures CD, we now have his sequel "Decade". These recordings from the seventies were tracked down, remixed and mastered by his children Simon and Martin and are now presented as a coherent album.