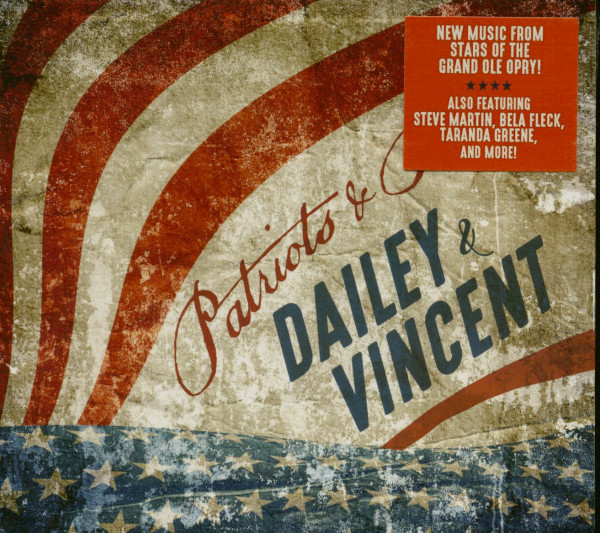 (2017/BFD) 15 tracks (56:04) digipac.
-
Dailey & Vincent eighth album, Patriots & Poets. The star-studded project features collaborations with bluegrass music's top musicians including Steve Martin, Doyle Lawson, Bela Fleck, and David Rawlings. The project features 16 all-new tracks that were all written or co-written by Jamie Dailey and Darrin Vincent, with a collection of energizing upbeat songs, along with slow sing-along anthems. Standout tracks on the project include the feel-good track 'California' which features a very special verse by comedic and bluegrass enthusiast Steve Martin. Other highlights on the project include thought-provoking songs like, 'Beautiful Scars' and 'American We Love You', all highlighting harmonies by 6-time 'Male Vocalist of the Year' winner Jamie Dailey and 5-time Grammy® winner Darrin Vincent. Another feel-good moment on Patriots & Poets includes the track 'Bill and Ole Elijah'. Patriots & Poets will serve as the follow-up to the duo's previous release 'Alive', which spent 15 weeks at No. 1 on the Billboard Bluegrass Albums chart.