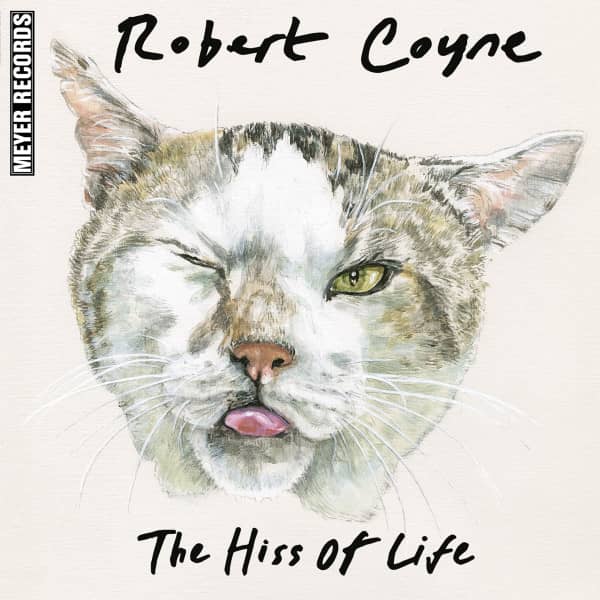 Meyer Records) 12 tracks,
Four years after 2018's 'Out Of Your Tree' - during which time the world has changed, and changed again - Robert Coyne returns this autumn with a new album, 'The Hiss Of Life'.

Fittingly, the title song is a meditation on the stubbornness of the human spirit, while others - 'Curse Of The Cat People', 'In The Grip Of The Strangler' - describe the struggle and need for selfacceptance, and to heal old wounds.

The sound of the album is direct, spare and intimate, with Coyne's restrained guitar and voice again paired with Werner Steinhauser's detailed but sensitive drumming.

Long-term collaborator Aglaja Camphausen's beautiful cello is strongly featured, along with the warm harmony singing of Wendy Coyne, and Bob Ward - the co-writer and guitarist on several of Robert's father Kevin's greatest albums - adds his inimitable guitar to two songs.