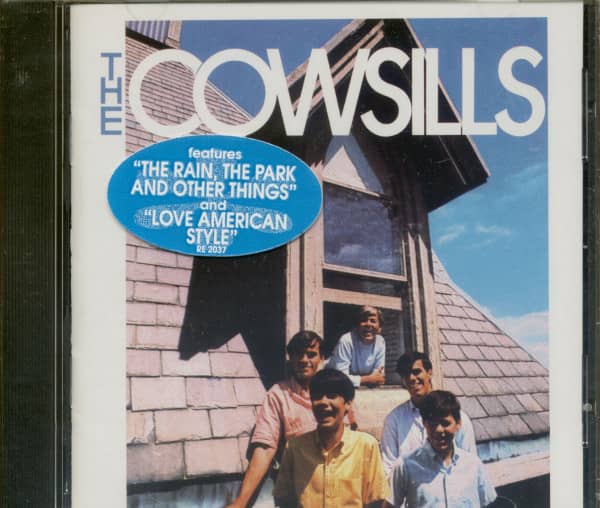 This article is deleted and can no longer be ordered!
Please inform me as soon as the product is available again.
P Secure bonuspoints now
Description
Learn more about The Cowsills
Review 0
Description
(Polygram) 14 tracks (original masters) - Cut Out with small drillhole in barcode only (see photo) more
Close menu

Learn more about The Cowsills
The Cowsills It sounded pretty unbelievable as a TV pilot: Mom and her five musical off-spring... more
Close menu
"The Cowsills"

It sounded pretty unbelievable as a TV pilot: Mom and her five musical off-spring form a band and go straight to the top of the charts, Unlikely at best. But almost half a decade before televi-sion's "The Partridge Family" hit the sit-com superhighway in their multi-col-ored bus, The Cowsills were well on the road to establishing themselves as the first family of rock 'n' roll. The road to success was slow and steady for the singing siblings. It started in the early '60s when Navy man Bud Cowsill brought home a couple of 4-string guitars for his two oldest sons, Bill and Bob. At the tender ages of seven and six, the duo began making the rounds singing Everly Brothers songs ("Bill could do a great Connie Francis because our voices hadn't changed yet," Bob Cowsill now reminisces.) Following the success of The Beatles, a new direction was introduced, and the next brother, Barry was recruited on drums.

When brother John turned seven, he was deemed old enough to make the trio a quartet; he then replaced Barry on the drums, and Barry moved to bass. From the early '60s through 1967, the boys began to develop the band's sig-nature harmonies, singing at school dances, churches and eventually land-ing a regular weekend gig at Dorian's, a local club in Newport, Rhode Island. "We played every Thursday, Friday and Saturday night all through high school. Just Beatle songs for 4 hours a night," says Bob. Around this time they put out a sin-gle, "All I Really Wanta Be Is Me," on Johnny Nash's Joda records, which went nowhere, but was pretty darn cool for four kids in the 11th, 10th, 6th & 5th grades. "They wanted to make us this white soul group, so we went to a New York studio with all these black musicians to record it," according to Bob. The turning point occurred when some-one from "The Today Show" saw the band at the club and booked this early version of The Cowsills on the national morning show. Producer Artie Kornfeld from Mercury Records caught the show, and had the group record the single "Most Of All," which was almost a hit. When two following singles met with no noticeable response, Mercury/Phillips dropped the band.

Producer Kornfeld still believed in The Cowsills, and indepen-dently brought the group into the studio to record a number he penned with Steve Duboff called "The Rain, The Park And Other Things." Before the recording began, however, the producer decided to try something different. Although the boys thought they were headed down the same road as The Beatles and Rolling Stones, their path was forever altered when Kornfeld asked mother Barbara to perform on the record. And while the direction taken was not to their hearts' desire, the boys soon found it was the road to success. Kornfeld brought the track to MGM Records, and the act found a new home to go with their new family image. The single was released and made a swift ascent up the charts, peaking at #2 nationally, and selling a cool million. While Mercury Records threw together a cash-in-quick compilation of the pre-MGM studio recordings (rounded out with 2 instrumentals by a hastily assem-bled studio group, The Lincoln Park Zoo), MGM released the family's first official studio LP, The Cowsills, in 1967. Featuring their breakthrough hit, the eponymous album is filled with the groovy tunes and angelic harmonies that were typical of the Cowsill sound. With the success of the album came a cyclone of attention for the band. After the addition of sister Susan to the lineup (and later brother Cowsills Drum Kit from 1969 Sears Catalog Paul) came a string of 7 more chart-ing singles and 7 additional LPs for the group. Road tours, commercial endorsements (for the American Dairy Association, no less), TV spe-cials and countless features in 'teen magazines were all part of the fran-tic "dream come true" life of the Cowsill family.

In 1969, Columbia Pictures Television even sent a cou-ple of writers to live with and study the family for a possible television series based on their lives. Although appearing weekly on the small screen was not in the cards for The Cowsills, they were given the opportunity to be heard weekly on the tube, with the theme song to "Love American Style," the ABC TV comedy. Sadly, the Cowsills version of the theme was used only during the first season (1969) and does not appear in syndicated rebroadcasts of the show. It was, however, released in a full-length version as the B-side to the chart single "Silver Threads And Golden Needles," which peaked nationally at #74. One year earlier, their golden voices could be heard on the silver screen with the theme song to the insipid sex farce "The Impossible Years." The David Niven flop (which featured Ozzie Nelson) was poorly received by critics and audiences alike, and the 1968 film and Cowsills single of the same name disappeared with-out a trace until its inclusion here.

The Cowsills officially disbanded in 1971, ironically just as their cathode-ray counter-parts, The Partridge Family, were experi-encing their greatest success on the charts, parroting both the Cowsill musical style and lifestyle. There was little musical activity from The Cowsills during the '70s, although the "core four" (Bob, Susan, Paul & John) recorded 16 original songs with producer Chuck Plotkin in the late '70s. Alas, the disco years were not kind to mainstream pop; the tracks were perma-nently shelved, and the group disbanded once again. Although many years have passed, good things withstand the test of time. The unshakable desire to create and perform has brought the core four back together. The Cowsills can once again be found in night clubs performing new compositions rooted in the same sweet, harmonic pop that they performed in years gone by.+ 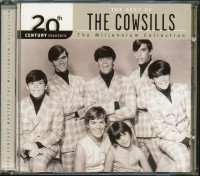