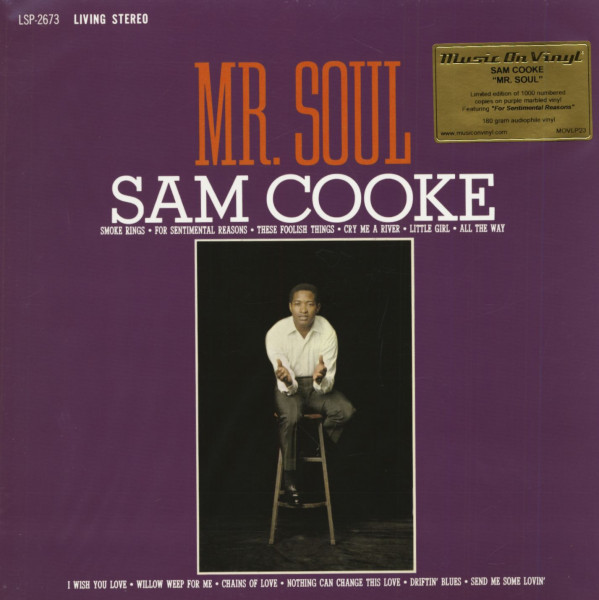 (Music On Vinyl) 12 tracks
Sam Cooke, inventor and true King of Soul, recorded Mr. Soul the same year as Night Beat and seems to be his more mature counterpart, with soulful ballads taking up most of the album. A relaxed tempo and rich arrangements lay the foundation for Sam's somewhat melancholic voice, which creates an uplifting spirit that can heal the broken heart of any person.

With standards like "Willow Weep For Me", "I Wish You Love" and "For Sentimental Reasons" Cooke shows a calm, emotional side of himself without losing his fine feeling for melodies and uses the power of his voice without overwhelming the listener. Had Sam Cooke lived longer, we might have had more music of this rare quality. As it is now, we must be content with the treasures he left behind.