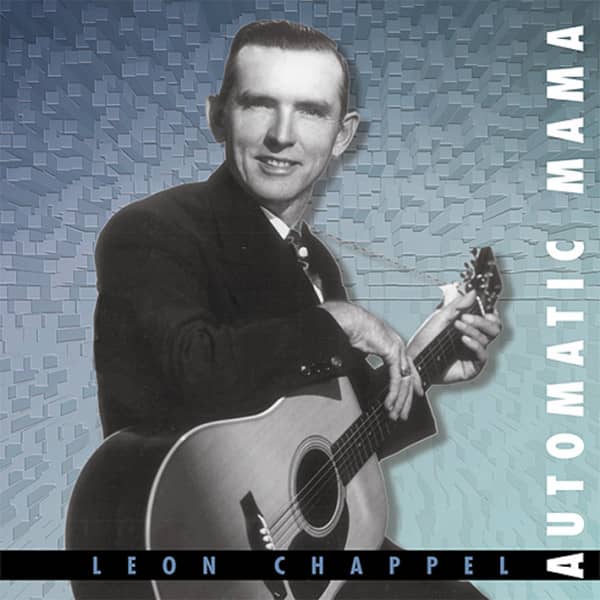 Leon Chappel (1909-1962) is one of the most compelling and unusual major label recording artists of the early 1950s, a hard-to-classify, almost anachronistic artist whose, spare and loose, blues- dominated recordings were perfect for beer joint jukeboxes. There was an earthy feel of prewar hokum and early western swing to Chappel's 1950-1953 Capitol sides, and no wonder: his recording career went back to 1932, when he performed under his real name, Leon Chappelear. With Bob and Joe Shelton, performing as the Lone Star Cowboys, he cut seminal versions of classics like Deep Elem Blues and Just Because, then recorded extensively for Decca with his own band, Leon’s Lone Star Cowboys, one of the earliest and jazziest western swing groups.
Leon Chappel's postwar recordings combined his sophisticated background with a rural East Texas feel for spare, lowdown blues. The results have continued to fascinate country, western swing, hillbilly boogie, even rockabilly fans almost a half century on. Collected here are all of Leon Chappel's 1950-1953 Capitol recordings, including six unissued tracks and such memorable sides as True Blue Papa (later covered by Texas honky-tonker Frankie Miller), True Detective and Double Up And Catch Up. 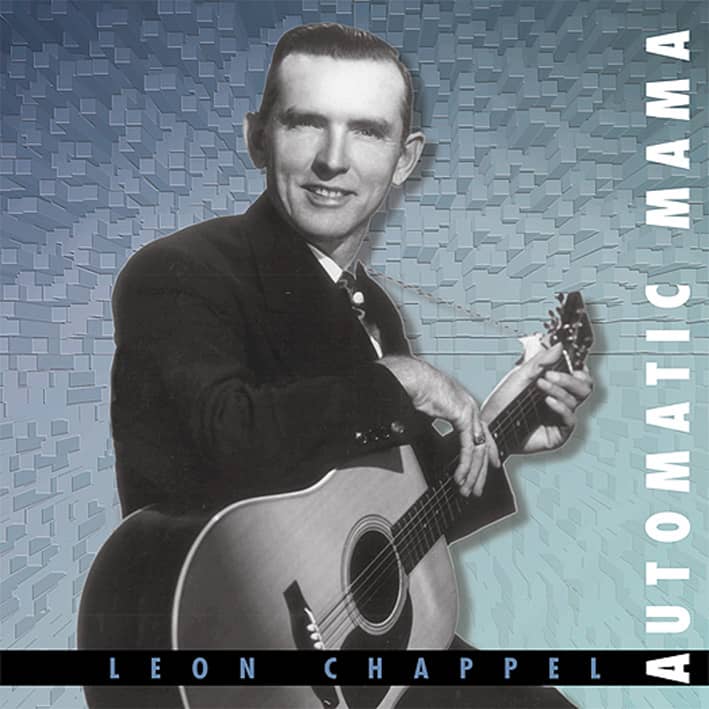 orace Leon Chappelear was born in Gilmer, Texas on August 1, 1909 and began his professional career around nearby Tyler by the late 1920s. A guitarist, he teamed with a couple of youngsters from nearby Riley Springs, mandolinist Joe Attlesey and older brother Bob, who played ukelele and jug. Perhaps as early as 1929, but certainly by the early 1930s, the trio was appearing on Tyler's KGKB as the Lone Star Cowboys.

Although some have placed the original Lone Star Cowboys squarely in the tradition of Southeastern string bands and have lamented what they see as only a later move toward more pop and jazz-influenced southwestern country music, the trio's energetic string music was a product of its time and place and mixed myriad influences from the start, combining that string tradition with touches of Jimmie Rodgers, local black blues, jug bands, jazz. The Cowboys do belong somewhat in a more southern than Texan tradition, perhaps -- Tyler, as was all of East Texas in those days, was far more Southern than Southwestern -- but they unquestionably looked West, too, and the trio's name and their cowboy dress also betray an awareness of the appeal of western and cowboy mystique that was ahead of its time.

Chappelear appears to have leaned more toward Rodgers and toward jazz and blues, while the Attleseys were more influenced by the songster Peg Moreland and more traditional ballads and old time string music. Chappelear first recorded as a solo in 1932, traveling to Richmond, Indiana to cut Rodgers-inspired sides for Gennett-Champion. By 1933, the Lone Star Cowboys had relocated to Shreveport to KWKH, where they became friendly with Shreveport's rising star, the singing civil servant Jimmie Davis. When Davis recorded the last sessions in a four year association with Victor in Chicago that August, he took the Cowboys along as accompanists and the band waxed sides under its own name, as well, including classic, influential versions of Deep Elem Blues, Just Because, and others, with Chappelear as the featured vocalist, though the songs would subsequently become far more associated with the Shelton Brothers than with Chappelear. Davis also recorded Chappelear's songs It's All Coming Back To You, Triflin' Mama Blues and Alimony Blues, and one of the highlights of his sessions was Chappelear's lovely, Blind Lemon Jefferson-inspired blues guitar accompaniment on Easy Rider Blues.

Chappelear and the Attleseys split a few months later and pursued somewhat different musical routes: the Attleseys took their mother's maiden name and became the Shelton Brothers, choosing, at least for the time being, to hew to a more traditional sound and repertoire; they eschewed dance halls for shows and relied heavily on comedy and novelty. Chappelear, however, dived headlong into the jazzed-up string band dance music that had begun to take the Southwest by storm. It had begun to coalesce into a distinct genre a couple of hundred miles west in north Texas, spearheaded by groups like Milton Brown & his Musical Brownies in Fort Worth and WFAA's Wanderers in Dallas, but it was in the air everywhere and string band musicians all over, coming of age amid or just on the cusp of the Jazz Age of the '20s, had begun to fuse country dance music with pop, jazz and blues influences as early as the mid-to-late 1920s.

Chappelear kept the Lone Star Cowboys name and kept a KWKH radio spot. An early 1934 lineup of the group included fiddler Chris Herrington, tenor banjoist Buck Fields, and bassist Slim Harbert, but by the time Chappelear signed to Decca in 1935, he had built a larger, jazzier band that included fiddler Lonnie Hall (who would marry Chappelear's niece), clarinetist Johnny Harvey, guitarist Gene Sullivan, tenor banjoist Howard Oliver and bassist Skipper Hawkins. It was a young, vigorously swinging lineup -- Hall and Sullivan were just twenty, Oliver still a teen -- built along very similar lines to Dallas' Wanderers, with fiddle and clarinet weaving around one another in the front line, though it's unclear how much this similarity was a result of direct influence; Chappelear would have been aware of the Brownies and Wanderers, but his jazz and blues leaning certainly didn't begin with exposure to these groups.

Shreveport music legend Tillman Franks remembers idolizing local stars Leon and the Lone Star Cowboys as a teenager and his memories offer a measure of the band's popularity. "When I was real young, I loved them so much," he says. "I remember when I was about 13 or 14 years old, going down there to that studio... They broadcast everyday at noon at the first studios of KWKH, right across the street from the Henderson Iron works that W.K. Henderson [KWKH's original owner] had. They had a guy by the name of Skipper that played bass with them. He used to sing songs like 'The Little Girl Dressed In Blue' and 'Hannah, Hannah, Won't You Open That Door'... Leon come to my house one time. This crippled, blind girl lived across the street from me. We called him and told him about it, and he come and met her. He had a really tremendous personality. When he had that wreck, he never did get over it."