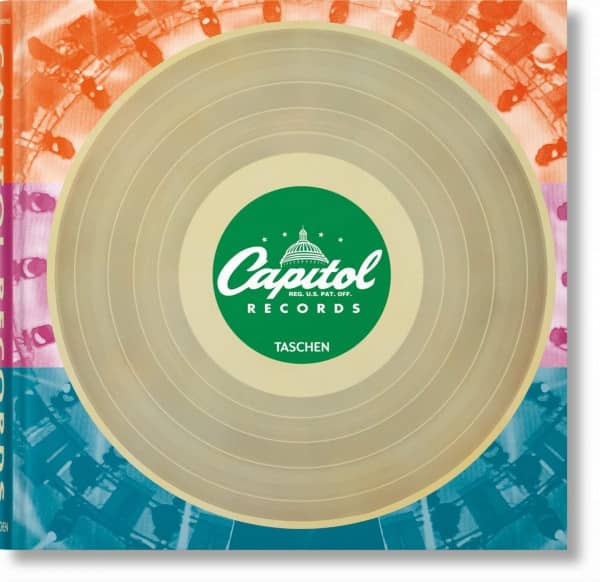 (Taschen) Hardback, English, German, French, 488 pp, 4290g, 315 x 307 x 48 mm. Highlight!*****
From the Beatles to Beck, from Sinatra to Sam Smith, countless artists who have shaped entire eras have passed through the doors of Capitol Records Tower, one of Hollywood's landmarks and home to one of the world's most influential record companies of the last eight decades.
To commemorate this extraordinary success story, TASCHEN presents the official chronicle of Capitol Records, starting from its founding year in 1942 to the present day. With a foreword by Beck, essays by renowned music experts and historians, and hundreds of images from the label's extensive archives, we follow the creation of some of the greatest songs of the 20th and 21st centuries. The volume roams through all genres - pop, rock, country, classical, soul and jazz - and presents the label's most successful, coolest, hottest and most creative stars, but also the many "one-hit wonders" who were only in the limelight for a short time and disappeared again shortly afterwards.

We meet legends like Miles Davis, Nat King Cole, the Kingston Trio and Frank Sinatra from the first 20 years of Capitol; in the 1960s the Beach Boys, The Band and the Beatles; in the 1970s rock icons like Pink Floyd, the Wings, the Steve Miller Band, Bob Seger and Linda Ronstadt; the Beastie Boys, Duran Duran, Radiohead and Bonnie Raitt from the 1980s and 1990s; finally, current stars like Coldplay, Katy Perry and Sam Smith. Capitol Records is a milestone in music history that no fan should be without, and a tribute to a legendary label that created the soundtrack to countless generations' lives.

(Barney Hoskyns)
British journalist Barney Hoskyns worked from Los Angeles for New Musical Express, Melody Maker, GQ, Harpers Bazaar, Spin and many others. He was an editor at the renowned music magazine Mojo and wrote books on country-soul, The Band and Montgomery Clift.

(Reuel Golden)
Reuel Golden, former editor-in-chief of the British Journal of Photography, is TASCHEN's photography editor. His TASCHEN publications include Mick Rock: The Rise of David Bowie, the London and New York volumes in the Portrait of a City series, Andy Warhol. Polaroids, The Rolling Stones, Her Majesty, The Beautiful Game. Football in the 1970s, the National Geographic coffee table books and the David Bailey SUMO.