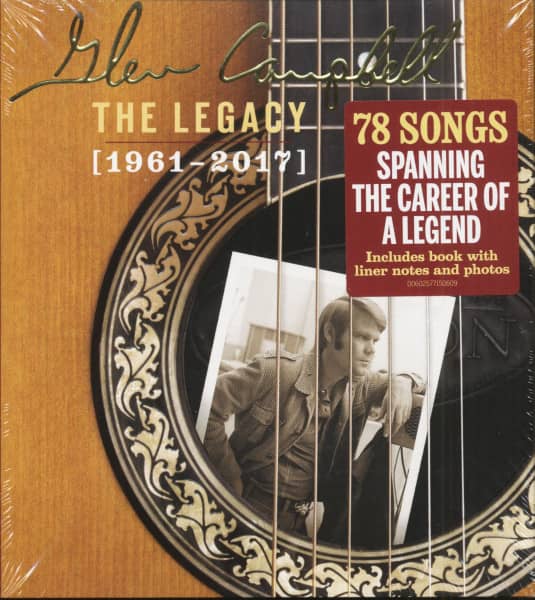 The Legacy (1961-2017) features all of your favorite Glen Campbell songs, packaged with a stunning 60-page booklet and new 2019 liner notes!This is an excellent collection of his music catalog. Has his well-known hits "Rhinestone Cowboy", "Wichita Lineman", "Galveston", "Gentle On My Mind", " By The Time I Get To Phoenix" and lots of lesser-known but quality selections that he recorded while at Capitol Records. This would be a good addition for anyone that likes Glen's music and wants a collection that is representative of his impressive discography.