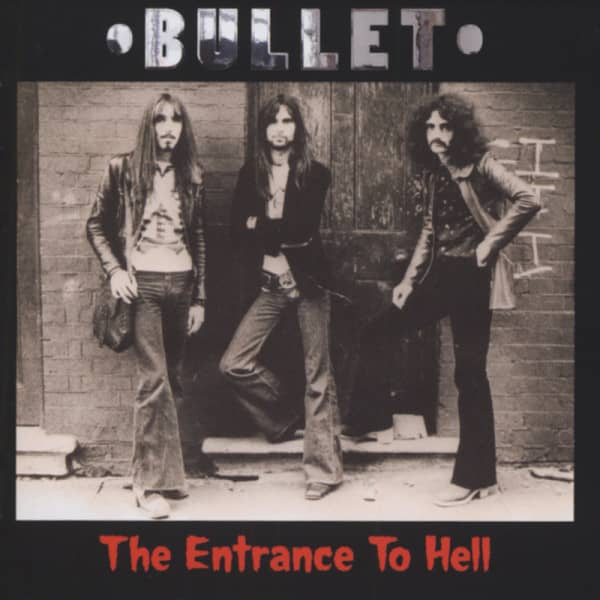 BULLET: The Entrance To Hell

Paul Hammond's very successful period in Atomic Rooster. Joining forces with John Gustavson who had also experienced considerable commercial success with Big Three, Merseybeats and Quatermass and you had the template for a 'supergroup'. The band set about recording songs in 1970/71 written by either Du Cann or Gustafson and promptly got themselves a recording deal with the now infamous Purple Records. Problem was there was already another group in existence then from the USA called Bullet and there was a threat of legal action so the band promptly changed their name to Hard Stuff and re recorded some of the Bullet tracks for their first release. Now released for the first time the original Bullet tracks from 1970/71 from masters held in storage over the past 40 years by John Du Cann