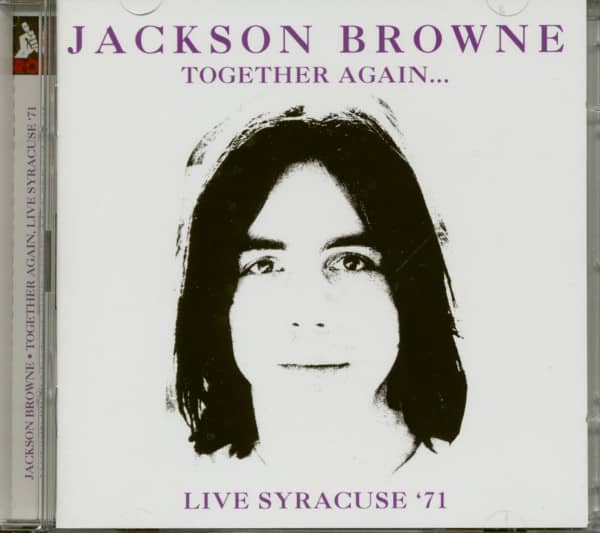 Having been an active musician since 1966, by 1971 Jackson Browne still hadn't released a record, but was regarded as one of the most gifted singer-songwriters of his generation. This magical performance was broadcast on WNEW-FM as he opened for Bonnie Raitt in an intimate club that March. Later that year he signed with David Geffen, toured with Linda Ronstadt and Joni Mitchell, and recorded his debut album, making this set a magical document of a major talent just before stardom beckoned. It's presented here together with background notes and images.

It's been predicted for a long time that Jackson Browne would be one of the big ones. I only know a scattering of his background, facts I gladly share with you. He might have been to Germany, but he definitely lived in Orange County, where he attended Buena Vista High School with a bunch of other people, some more famous than others. Timmy Buckley was his friend, so was Jimmy Fielder, Pam Polland, Greg Copeland, Steve Noonan, Patti Johnson. Many, many more. Timmy really was the famous one of the lot, and when he hit it big in New York, Jackson followed. New York at that time had an embryonic scene that revolved around the Dom. New York's finest, the Velvet Underground, pioneered their mixed-media experiments with Andy Warhol here (the Exploding Plastic Inevitable). Dylan would be in the audience some nights, and by the time Jackson arrived, the very beautiful Nico and David Rotor were the headliners.

One of Jackson's fortes was that, even though he was playing an acoustic guitar, he had a rock'n'roll feel, and in addition, I loved his lyrics. Jackson joined up with the Dirt Band, who included some of his songs in their repertoire. On their second LP can be found one of the better early Browne tunes, Holding. Musical direction for the Dirt Band held something different than what Jackson sought, so his affiliation as an active member dissolved. However, they continue to work together on other levels. Maybe concurrent with Jack's departure from NGDB, or even after, he and Steve got involved with Jac Holzman of Elektra Records. I don't know the full story, but somewhere, somehow a demo record was cut. It's real good, it's got great songs on it and I only know of about three or four copies. Maybe now that Jackson is hitting it real big, Rubber Dubber will get active again. Steve sings on one side, Jack on three, and there's a hodge-podge of tunes from them and Greg too. Steve went into the studio first, produced a dynamite album, fought constantly with Jac and his crew, and split.

Often the abyss is hard, sometimes it's so painful it's a caressing friend and so this Steve Noonan album. In the midst of the torment, it conveys a sense of personal anguish beyond the battle. Jackson's got five songs, all of them great, and Steve and Jackson wrote one together, Trusting Is A Harder Thing. If you've ever tried it twice, the absolute truth of this song manifests itself. Jackson's songs include Shadow Dream Song, his most famous. In a lighter tone, unusual for him, She's A Flying Thing and Tumble Down. If that's not enough to interest, the cover photography was done by Linda Eastman. Jackson had split long before the master was finished, and Steve joined him soon thereafter. At this point the story seemingly ends. I would ask friends and others about Jackson, had he signed or resigned, was his a permanent seclusion, does anyone currently hold a valid contract on him, all sorts of questions, for his disappearance interested me, almost as much as his obscure songs. Answers were forthcoming one day: he had signed with David Geffen and would soon be touring with Laura Nyro. Finally to be a star! For after all, that was Geffen's reputation, being in large part responsible for Miss Nyro's, Miss Mitchell's and C,S,N,&Y's success. — Phonograph Record Magazine, April 1972 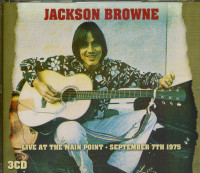