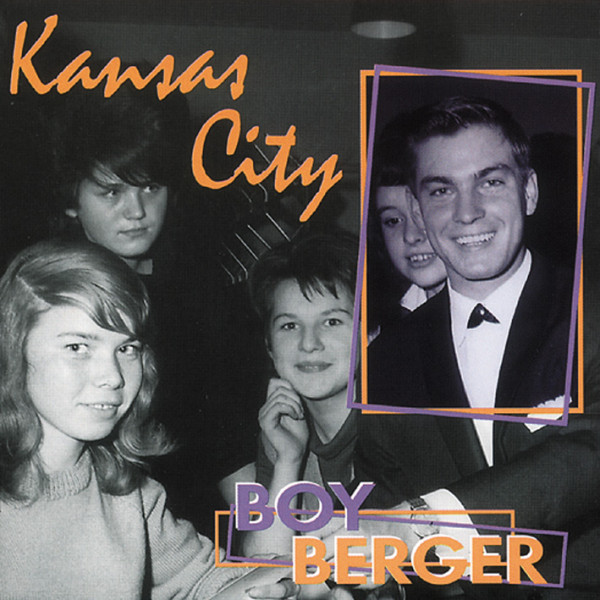 1-CD with 16-page booklet, 33 single tracks, playing time 72:68 minutes.
Rock & Roll/Teenager Legende with the German versions of various top hits by Paul Anka, Johnny Janis, Pat Boone, Bob Miller (Dig This), Eddie Hodges, Connie Francis, Kris Jensen, Neil Sedaka, Baker Knight (High School Days) and others
Boy Berger was one of the many teenagers the record industry recruited in the late 1950s to do business with young people. The Electrola tried to make the Austrian a German
Paul Anka and made him sing cover versions of American and German songs. His biggest hit was probably the German version of Kansas City. He also recorded records as Bert Berger, Ted Hiller, Gary And The Gamblers and (together with Michael Holm) as the Missouris.
This CD contains almost all of the recordings he has made as a soloist. The accompanying text is by Walter Studer, after an interview with Boy Berger. 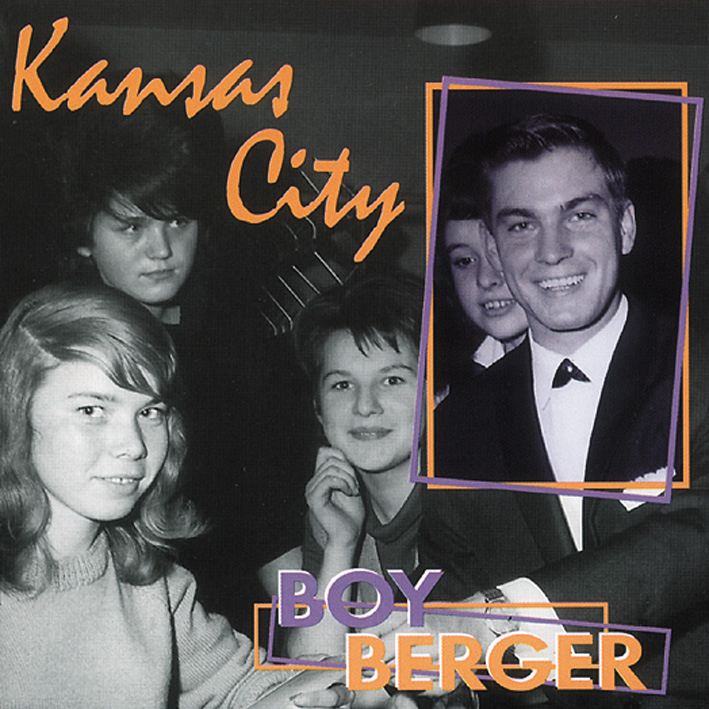 Boy Berger was active as a record artist from 1958 to 1965, during which time he appeared five times in the German charts: three times as a soloist and twice as part of the'Missouris' duo. This CD contains the recordings of Boy and Bert Berger, the titles as'Gary And The Gamblers' and some of the titles he recorded under the pseudonym'Ted Hiller'. The songs of the Missouris can be found on the CD'Die Missouris -Die Singles 1961 bis 1964'. (BCD 15820)

Electrola wanted to build Boy Berger as an idol for the female teenagers. Gerhard Mendelson and Peter Kraus had already done it successfully for Polydor.

Producers and record companies sensed the big business: competitions were held to find young people who showed suitability for a career as a pop idol. The arranger Friedel Berlipp heard the young Albert Schützenberger in the Austrian winter sports resort of Schruns. He sang some songs in the chapel of his brothers Horst and Ted. A short time later he invited him to Cologne, where Albert Schützenberger sang the single Zu jung einsang under the producer Nils Nobach in October 1958. He was accompanied by Berlipp and the Nilsen Brothers. Since the Nilsen Brothers worked in the studio at the same time, they were used as a choir.

Boy Berger was born in Graz on October 15, 1940. He grew up with his brothers in a middle-class family. As a politician, his father belonged to the establishment of the city. Albert, like his brothers, showed an affinity for music at an early age. The father put the son into an apprenticeship as a printer and typesetter, so that he had a solid basic education. At the same time he performed in the chapel of his brothers in the Graz area

In the middle of this orderly life the invitation to record in Cologne burst. This marked Boy Berger's path into the music business. Already in January 1959 he was back in the studio and recorded another single with Nimm Dir Zeit. The back was the cover version of the Peter Kraus hit Sugar Baby. In the same month Berger's first single was also too young in the hit list of the'vending machine market' in 40th place, although his singles obviously did not sell so well that Nils Nobach lost interest in him.

Berger moves to the newly founded Ariola. In May 1959 he recorded the single In'm unser'm Städtchen in Berlin under the direction of Werner Martin. This number sums up the youth's attitude to life musically and lyrically: "How beautiful was the time full of happiness and secrecy". She deals with the theme of first love in a narrow order made by adults, leaving teenagers little room for tenderness and cuddling.

This plate could not establish itself either. It is quite possible that this was the reason why Berger was released under the pseudonym'Ted Hiller' for cover versions by Peter Kraus and Ted Herold for the department store label Baccarola. Two singles he recorded as Ted Hiller are known. Five years later - after the expiration of the contract with Telefunken - he recorded some more titles for the label.

Boy Berger realized his last hit as a soloist with the German version of the rock'n' roll title Kansas City, which also placed itself in the charts of the'automaton market' with stars in November 1959. Under the direction of Bruno Martelli, a fascinating German version of the Wilbert Harrison title was created, which is one of the pearls of German-language rock'n' roll.

Martin Böttcher then acted as producer of the last two titles Boy Berger recorded for Ariola. These are two songs from the film'Pension Schöller', to which Michael Jary and Martin Böttcher wrote the music. The original versions of Sie hat grüne Augen and Jup, Jup Jumbo sang Rainer Bertram in the film.