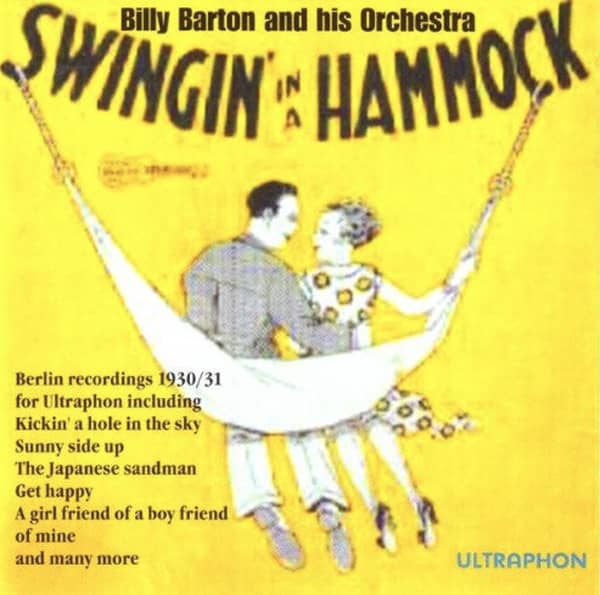 P Secure bonuspoints now
Description Review 0
Description
Ultraphon recordings from 1930 and 1931. A complete LP or CD with recordings by Barton did not... more
Close menu

Ultraphon recordings from 1930 and 1931. A complete LP or CD with recordings by Barton did not exist as far as I know. With the support of Klaus Krueger, Frank Wittendorfer, Hans Joachim Schroeer and Gerd Ahlers, I was able to use the following pieces, which are not only a contemporary document, but also show that long before the word "swing" was on everyone's lips, the Berlin of 1930/31 had already been skilfully sung. Billy Barton was American, spent some time in England and a few years in Berlin. Most of the vocal parts are played by the bandleader himself.