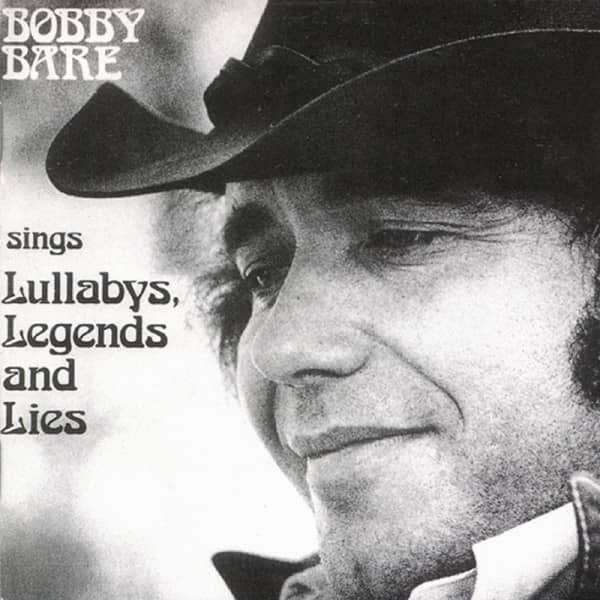 1-CD with 32-page booklet, 14 tracks. Playing time approx. 58 mns.
Soon after Bobby returned to RCA in 1972, he recorded an entire LP of songs by the legendary songwriter, cartoonist and humorist Shel Silverstein. The album yielded three hits, Daddy What If, Marie Laveau (Bobby's first ever #1 hit) and The Winner. Ten other songs feature Silverstein's weird and often ironic twist on the country song. This is regarded by many as Bobby's best-ever album!
LULLABYE, LEGENDS AND LIES
Thirteen songs, all written by Shel Silverstein and sung by Bobby Bare, that mean to tell a story. The sort of story that used to be sung by the broadside balladeer, by the pioneer family around the campfire, and which is told and sung all too infrequently today. Shel bridges the years with these songs, writing his sagas about American heroes from Paul Bunyan to today's Easy Rider. Bobby sings his way through thirteen stories, explaining some old legends, creating some new ones, and certainly telling a lot of lies.
Gather 'round, fellows, I'll tell you some tales
About murder and blueberry pies,
And heroes and hells and bottomless wells
And Lullabys, Legends And Lies.
And gather 'round, ladies, come sit at my feet,
I'll sing about warm sunny skies;
There's mermaids and beans and lovin' machines
In my Lullabys, Legends And Lies.
Lullabys, Legends And Lies and Lies,
Lullabys, Legends And Lies;
I'll sing you a song, and I'll shuffle along
With my Lullabys, Legends And Lies.
I may make you wonder, I may make you smile,
I may bring the tears to your eyes;
But when I disappear, Lord, you'll wish I was here With more
Lullabys, Legends And Lies.
So open the bottle and pass a guitar
And look in my warm lovin' eyes,
I'll take you to places you ain't been before
My Lullabys, Legends And Lies. 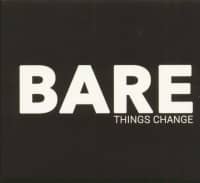 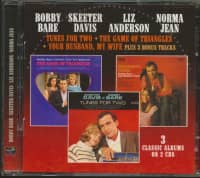 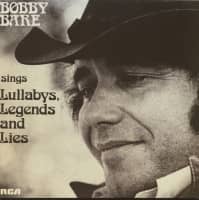