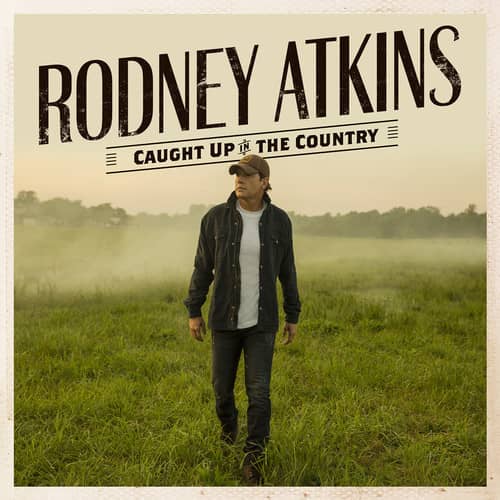 Rodney Atkins: Caught Up In The Country (CD)

After over two decades in country music, it's hard to imagine that the Tennessee-born Atkins could still treasure the difficult moments and the arduous process of creating a song from the ground up. But he's just the kind of artist who loves the roots as much as the tree. With six number-one hits under his belt, four studio LP's, and over 10 million units sold, Atkins is more invested than ever in making honest, authentic records that tell a story and showcase his unique place in the world, which is exactly what he does on Caught Up In The Country.

In the wake of his first greatest hits compilation, Rodney Atkins Greatest Hits, in 2015, he wanted his next sonic offering to not only push country music forward but stay connected to what had always made it great to begin with. And, in Atkins' eyes, that's songs about the highways of life; about family, and about love. And one true love, in particular. For Atkins, that's his wife, Rose Falcon Atkins, to whom he owes so much of his creative reinvention. He credits Rose, a singer and artist herself, with helping him to find his voice again.

Video von Rodney Atkins - Caught Up In The Country (CD)

Article properties: Rodney Atkins: Caught Up In The Country (CD)