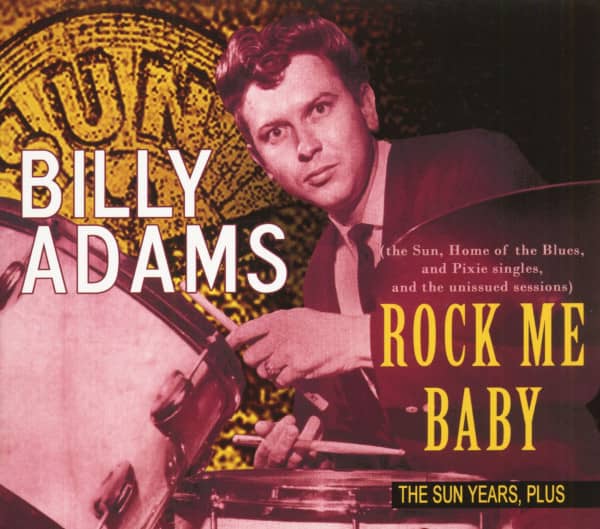 Billy Adams: Rock Me Baby, The Sun Years Plus

1-CD Digipak (4-plated) with 48-page booklet, 31 tracks. Playing time approx. 80 mns. -- A wondrous CD reissue containing all the fabulous rocking R&B music Billy Adams made for Sun Records - and all the little-known sides he made for Home Of The Blues and Pixie Records! Adams led one of Memphis' best working bands from the turn of the '60s, captured here in its heyday by a number of local record labels! His band features prominent Memphis session players including Lee Adkins, Jesse Carter, and Russ Carlton! Here are all four of his Sun singles, three unissued alternative takes, and an astonishing 14 unissued songs recorded by Sam Phillips in the early 1960s, including the renowned versions of 'Betty And Dupree' and 'Rock Me Baby'! Plus: three very rare singles on the Home Of The Blues and Pixie labels and two previously unissued songs ! The booklet by Martin Hawkins brings together all that is known about Adams and his music from a myriad of sources, new and old! The booklet also contains rare photographs ! -- Billy Adams and his recording partner Bill Yates had as many or more singles issued on Sun Records as most of the major names associated with the label. The fact that they recorded in the early 1960s rather than the rockabilly '50s has tended to overshadow the music they made. That, and the fact that they were white musicians spearheading Sun's sporadic attempts to capture the soulful developments in black music and the blues tradition that were coming out of Hi, Stax, and other labels in Memphis and beyond. -- Billy Adams was a bandleader and organiser, a drummer of some note, and a very decent singer. Apart from his four Sun singles, this music is incredibly rare and a welcome addition to the picture of Memphis music at the turn of the '60s. There is a companion CD (BCD 17277) containing Bill Yates' part in the story. -- Note: There are other artists named Billy Adams in the Rock 'n' Roll history books, principally the guitarist from Kentucky who recorded for Quincy and Nau-Voo, but in Memphis, there was only one real Billy Adams. 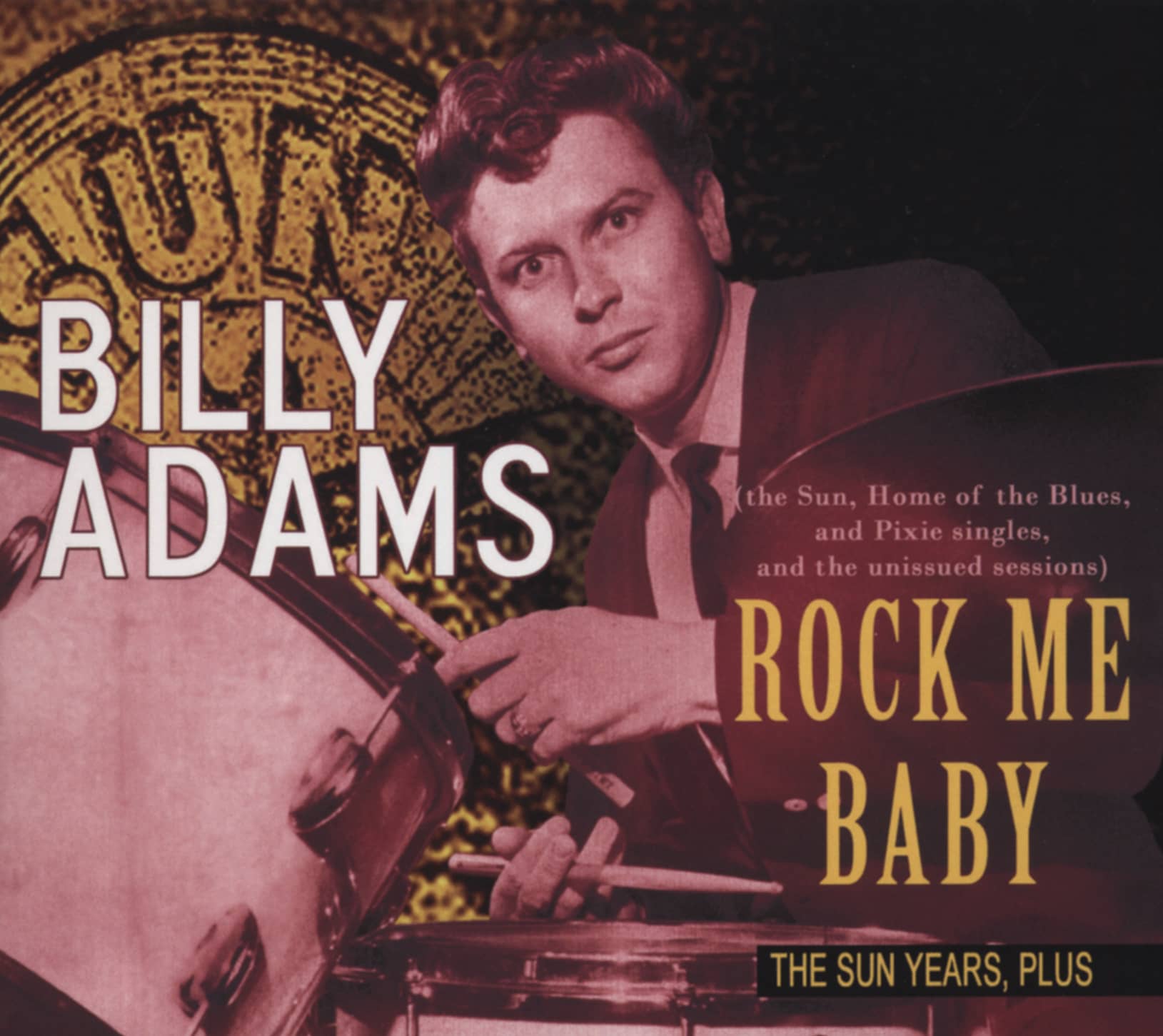 Review 2
Read, write and discuss reviews... more
Close menu
Customer evaluation for "Rock Me Baby, The Sun Years Plus"
From: Schweder On: 23 May 2014 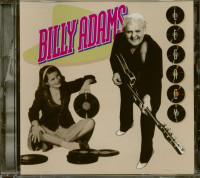 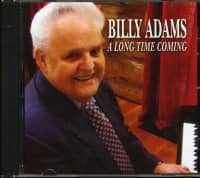 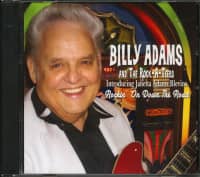