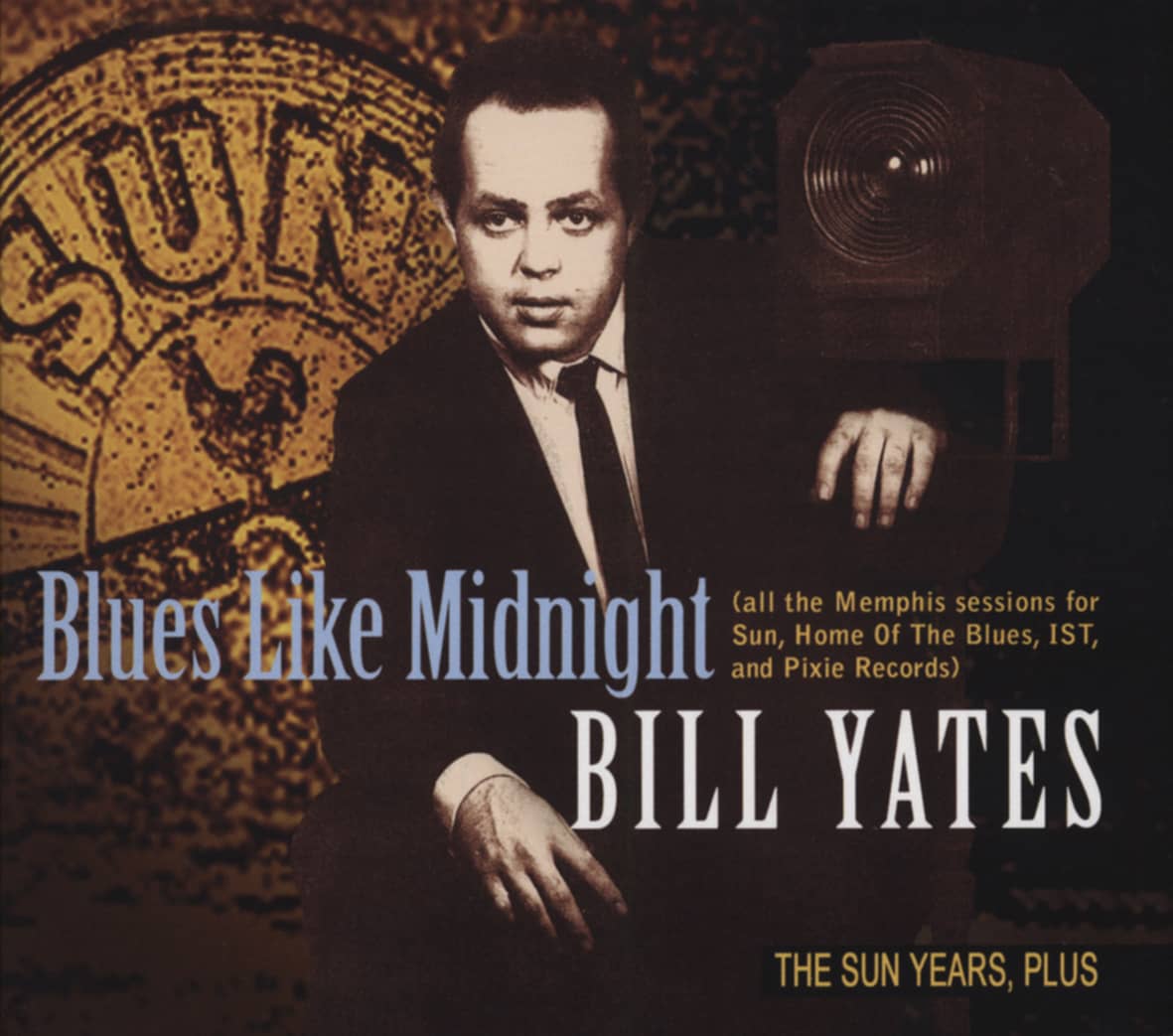 the label. Because they recorded in the early 1960s rather than the rockabilly '50s their music has tended to be overshadowed by the soulful developments in black music and the blues tradition that were coming out of Hi, Stax, and other Memphis labels. Nevertheless, they were important white musicians spearheading Sun's part in the musical convergence in the city some years before the civil rights movement took hold. Adams and Yates frequently worked at the same clubs as the R&B bands of Willie Mitchell and Gene 'Bowlegs' Miller. Unlike the British beat groups who were invading white America with recycled versions of black music, Adams and Yates were part of Memphis's evolving musical scene, black and white.

Billy Adams was the bandleader and organiser, a drummer of some note, and a decent singer. Bill Yates was less organised, a pianist of some note, and a really good singer. He played as part of the Adams band and on his own account. He was comfortable with almost any style of music and may have been seen at Sun as the new white hope after the loss of Jerry Lee Lewis and Charlie Rich.

This CD collects together all the 45 rpm singles made by Bill Yates for the Sun and Home Of The Blues companies together with unissued titles and fascinating alternative versions of his songs. We have added also his single on the Pixie label. Apart from his three Sun singles, this music is incredibly rare and a welcome addition to the picture of Memphis music at the turn of the '60s. There is a companion CD ('Rock Me Baby,' BCD 17166) containing Billy Adams' part in the story.

Note: There are other artists named Bill Yates in the Southern music history books, principally an Appalachian bass player who led bluegrass bands for many years, and a modern-day country singer. But, in Memphis music, there was only one Bill Yates.

I BELIEVE TO MY SOUL

He was known as Bill Yates in Memphis and on most of his recordings, but he was born Billy Vance Yates on December 21, 1936 in Columbus, Georgia. His father, Hubert Vance Yates, was born in Mississippi around 1912 and his mother, Kittie, six years younger, came from Oklahoma. Hubert was a traveling evangelist who seems to have moved regularly between the area around Columbus, the northern Carolinas, and northern Mississippi. At the time of the 1940 census the family was living on Desota Avenue in Kannapolis, North Carolina. Hubert was listed as H. B. Yates employed at the YMCA in an 'athletic' capacity. Billy Vance Yates was the oldest of three children born in Columbus (though, strangely, in a census error he was recorded as Billie Vance Yates, female). His brother, Leonard Charles, was a couple of years younger and his sister, Carolyn, was a further year younger. These three would be joined in September 1943 by their new young brother, Hubert Vance Yates Jnr., known as Vance, born in Kannapolis.

"All three brothers and their sister were interested in music and they all had a natural ability to sing and play," report Charles Yates' sons, Rusty and Jeff, who are Billy's nephews and musicians themselves. Rusty told me: "Their father was a roving evangelist, and the family all sang in church right from the beginning. That was their introduction to music. The family was always traveling, but they spent a lot of time in north Mississippi not far from Memphis. They were living in Mississippi when they formed a kids' gospel group in church. Charles, Bill and Carolyn were three members, and at one point they drafted in the pre-teen Elvis Presley who went to the same church when Hubert was preaching near Tupelo. The boys all stayed in touch with Elvis in later years."

Through the 1950s, the Reverend Hubert Yates was based in Columbus, according to the annual City Directories, and it seems that Billy 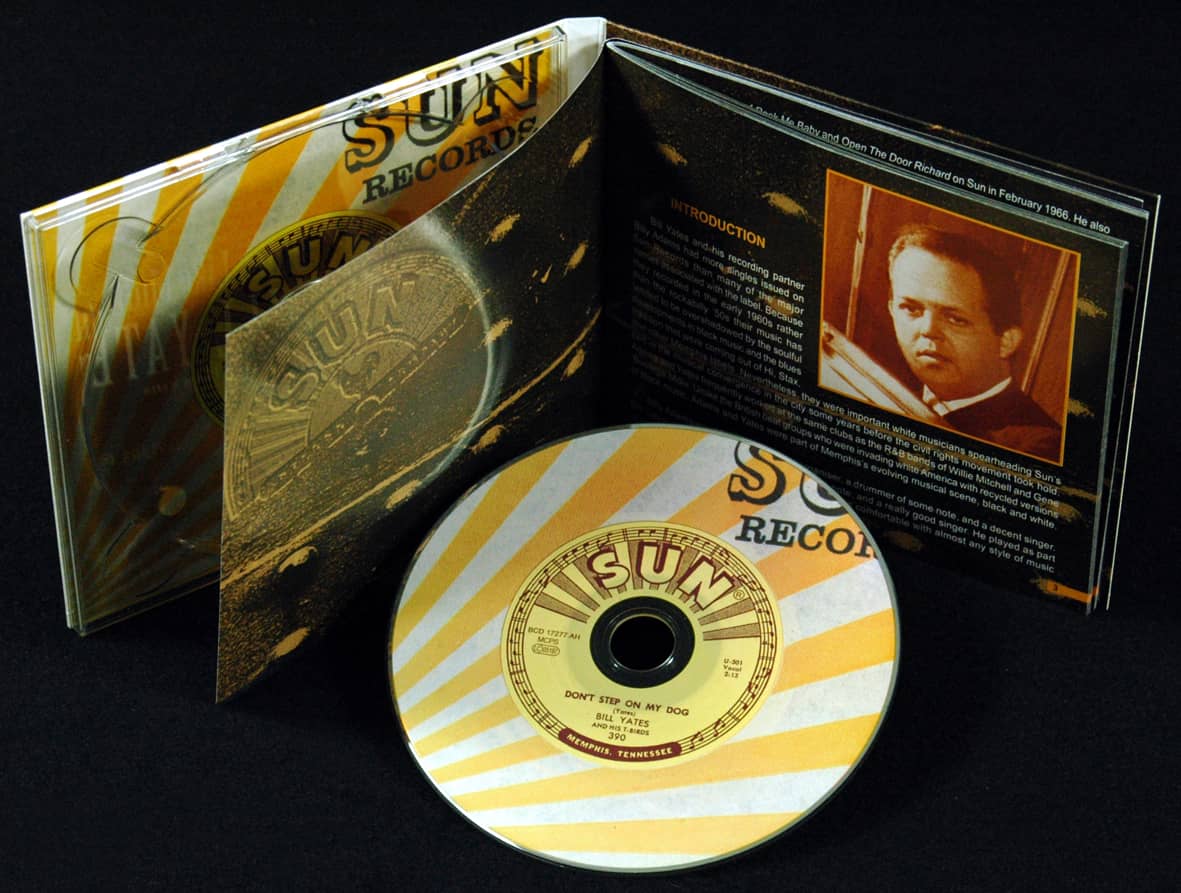 Vance Yates spent most of his teenage years there, honing his musical skills and planning a life as a touring musician. Rusty Yates said: "In Georgia, Uncle Bill grew up as a natural piano player. But he could play great harmonica and he could play guitar too. He could just do it. He started to play at various places there, and later Uncle Vance started to play with him too." The events of those years are a little unclear but guitarist James 'Lucky' Ward (who later played with Elvis Presley, Barbi Benton, and Janis Joplin) remembered, as a teenager, "toiling in 'drifter bands' behind now-obscure headliners like Hugh Lee Ott, Billy Vance Yates, briefly touted as 'the white Ray Charles,' and Curley Money" at Georgia clubs like the Chainsaw. Ward played guitar with Money on an unissued Sun session that included Chainsaw Charlie. Local news ads show that Billy Yates and Vance Yates played all along the Georgia coast and into Alabama and it is likely that Billy made his recording debut as pianist with Jerry Lott who, as The Phantom, recorded the frantic rocker, Love Me, in Mobile in 1958. The record came out on Dot Records and Lott later told Derek Glenister, "I'm telling you, it was wild. The drummer lost one of his sticks, the guitar player's glasses were hanging sideways over his eyes, and the piano player screamed and knocked his stool over."

Filter
Close filters
No results were found for the filter!
Bill Yates: Blues Like Midnight - The Sun Years, Plus Art-Nr.: BCD17277

1-CD Digipak (4-plated) with 48-page booklet, 33 tracks. Playing time approx. 87 mns. Contains all the singles made by Bill Yates in Memphis at the turn of the 1960's and an astonishing collection of unknown and unissued sides! Includes...
$15.79 $18.05
Sound sample
Video