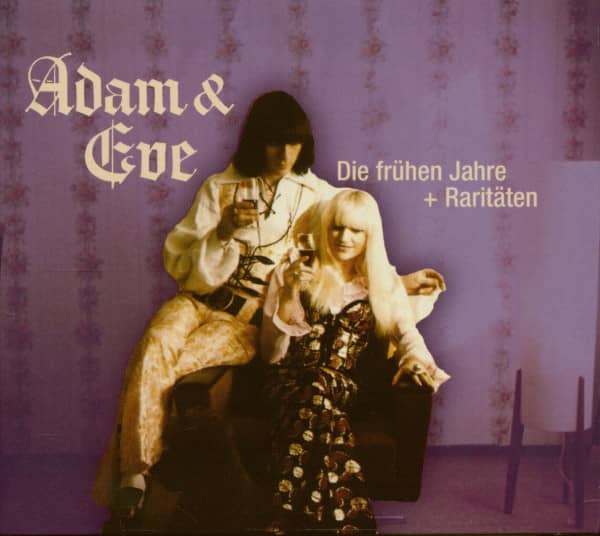 Now, more than 30 years after their original release, Bear Family presents the collected works of the first line-up of Frankfort-based Adam & Eve …one of the most colourful Sixties pop duos. Adam & Eve, Words Of Love and Sweet Sweet Love were all German chart smashes in 1966/67. They were the work of Eva Bartova from what was then Czechoslovakia and John(nie) Christian Dee, a singer, composer, lyricist, producer, and instrumentalist whose life was even louder than his shirts. Johnnie Christian Dee claimed to be of Sioux descent …just one of his tall tales!
This CD includes the couple’s complete Bellaphon 45s with additional rare flip-sides only released in the UK and in the USA as well as all the tracks from their sole album, 'Paradise Of Sounds,' plus all the songs they issued as soloists. We’ve also included Eve Bartova’s first single recorded under the name of Erika Bartova for the former East-German Amiga label, a John Christian Dee 45 from 1975 as well as his two rare Scandinavian singles from 1965, including a Bob Dylan cover version. PLUS! We have two songs composed by Adam & Eve but sung by Waldemar Wohlfahrt, a fixture of the German tabloids during the late ‘60s. And two unreleased songs and four sought-after tracks recorded for the small Cologne-based TELEdisc label by the second Adam & Eve line-up, sounding amazingly like the original recordings!
It’s a rollercoaster ride… from pop, beat, German Schlager, oompah-oompah, folk rock, blue-eyed soul, even psychedelia. Adam & Eve were one of the era’s most unpredictable duos!
CD 1:
Adam & Eve: They Can Look At Us (And Laugh) – Adam & Eve  Adam & Eve (& The Jaguars): Words Of Love - Tell Him  Adam & Eve: Sweet Sweet Love (1) - A Question Of Fame Johnnie Christian Dee: Jambo Saana - A Change Of Mind  Eve: Wottalottalove - One Of The Proud  Adam & Eve: Life Won’t Be The Same - Kiss Her - Lili Marlen - Wir denken uns etwas aus  Adam (& Orchester The Sound Organisation): Tiger krank, Maus im Tank - Gelbe Hand Adam & Eve: Walking In The Sunshine - Express To Mr. J.  Johnnie Christian Dee: Bwana - Do What You Will With Me (1) Adam & Eve:
I Saw My Flower Blooming Today - The Polish Lady - I'll Safely Say - Then He Kissed Me / Then I Kissed Her - Sweet Sweet Love (2) - Jambo Saana – Bwana Johnnie Christian Dee: Do What You Will With Me (2)
CD 2:
Adam & Eve: Paradise Of Sounds - Desert Song - When I’m There With You - P-E-A-C-E - Don’t Cry - The Witch - Lady Montrose - All My Tomorrows  John Christian Dee: Take Me Along - The World Can Pack Their Bag And Go Away (1) - Stick To Your Guns - Come Johnnie (Let’s Go Johnnie) - Nashville Cross - Open Gates Of Heaven - The World Can Pack Their Bag And Go Away (2) Adam & Eve*: Shaggy Dog - Sweet Candy Dream Love  (with The Hush) - Feelin’   (with The Hush) Pretender (I’m Not Your Fool)  Erika Bartova (= Eve): Casanova baciami  Johnnie Dee And His Dee-Troit Sounds: I Had It And I Lost It - Beautiful Dreamer Johnnie Dee: This Morning - She Belongs To Me  Waldemar Wohlfahrt: Benidorm - Du brichst mein Herz entzwei
* 2. Besetzung / 2nd line-up 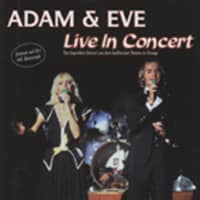 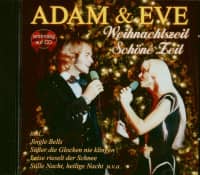