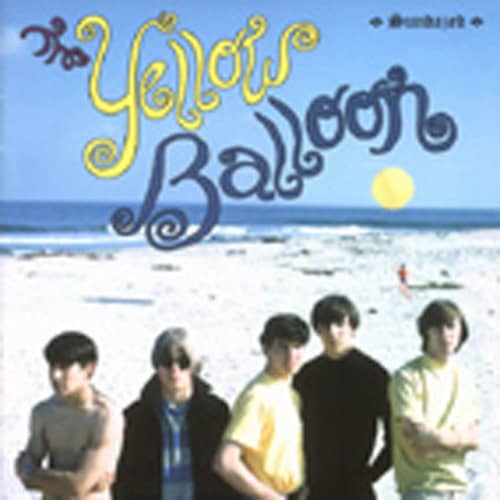 A songwriting assignment from Dean Torrence led to a rich musical career for Los Angeles pop- genius Gary Zekley. Zekley - a man whose body of work stands up to any of the precocious Brill Building bunch from five years earlier - originally penned the song 'Yellow Balloon' for Jan and Dean, but also recorded the tune himself. When Zekley's version went Top Thirty in April of 1967, he assembled a band, called the Yellow Balloon (natch), with the likes of lead singer Alex Valdez and multi-talented drummer/vocalist Don Grady, already a TV superstar as Robbie, Fred MacMurray's oldest kid on My Three Sons.

The Yellow Balloon album itself, is a day-glo gem- a wispy bridge spanning the lush yet trippy studio wizardry of Sagittarius and the mindbending delights of The Beach Boys' Smile-era recordings. Sundazed's Yellow Balloon disc contains 20 tracks, including the complete original stereo album, vintage single-only sides, a Zekley demo, both ultra-rare Don Grady singles, and a 20 page booklet stuffed with striking color outtakes of the group's photo sessions, acquired from the original band members-all of whom were interviewed by West Coast studio-expert Domenic Priore for the liner notes-and a penetrating on-disc interview with the late Gary Zekley, himself. Lush, plush and gorgeous!!!

$13.52 $18.05
Customers also bought
Customers also viewed
The Yellow Balloon
Tracklist
Yellow Balloon - The Yellow Balloon CD 1
01 How Can I Be Down
02 Stained Glass Window
03 Baby Baby It's You
04 Panama Red
05 I've Got A Feeling For Love
06 Yellow Balloon
07 Good Feelin' Time
08 Follows The Sunshine
09 Springtime Girl
10 Can't Get Enough Of Your Love
11 Junk Maker Shoppe
12 Yellow Balloon
13 The Children Of St. Monica
14 A Good Man To Have Around The House
15 Impressions With Syvonne
16 Leaving It Up To You
17 Can't Get Enough Of Your Love(single version)
18 Follow The Sunshine (prev.unreleased)(mono)
19 How Can I Be Down(prev.unreleased)(demo ver.)
20 Gary Zekley Interview (prev. unreleased)