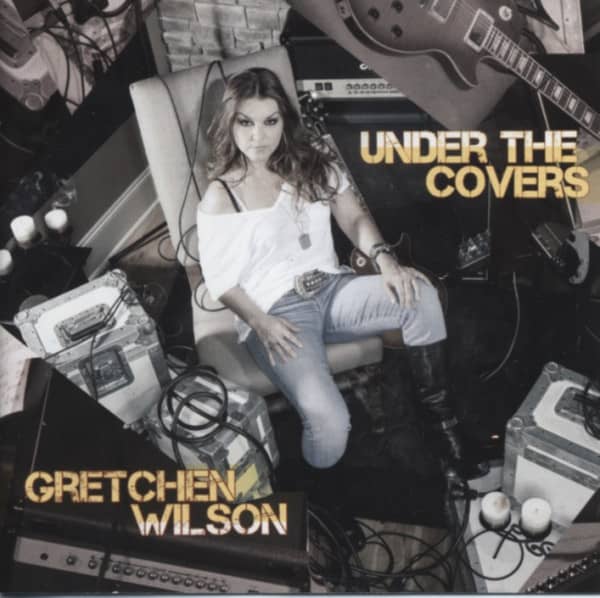 Please inform me as soon as the product is available again.
$17.57 *

Gretchen Wilson: Under The Covers (2013)

(2013/Redneck) 12 tracks (49:15).
Just weeks after releasing her Right On Time cd to rave reviews, Grammy Award-winner Gretchen Wilson has released her much anticipated Under The Covers album. Featuring 12 of Classic Rock's most memorable hits from the 70s.
"We've included rock songs in our sets for years, and I have always wanted to record an album like this," said Gretchen. "I basically asked my band to give me a list of their favorite Classic Rock songs, and then we went through all of them and decided what to include. It was a blast!"

Produced by Gretchen, Under The Covers includes 12 songs originally made famous by the likes of Rod Stewart, Jackson Browne, a somewhat obscure song by Derek & the Dominoes/Eric Clapton, Van Morrison, Foreigner and more.

US-American Country singer with a rebellious attitude. She sounds traditional but with Rock music influences in her music. Growing up in a humble home where she was born on 26 June 1973 in the 700 souls village Pocahontas, Illinois. Biggest success so far: The album 'Here For The Party' earned five times platinum. She was honored that same year with the Academy Of Country Music Awards in the categories "Top Female Vocalist" and "Top New Artist".