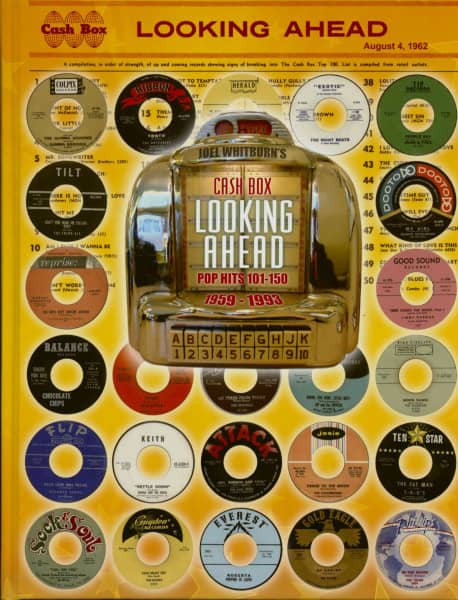 Please inform me as soon as the product is available again.
$71.18 *

(Record Research) Hardcover, 28 x 22 x 1,5 cm, english, 216 pages
For this book, we researched EVERY title that peaked on the Cash Box "Looking Ahead" charts. There are 6,378 total titles by 3,262 artists. Of those 6,378 titles, there are 3,562 (that is well over half) that are exclusive to this book and do not appear in our Top Pop Singles book! This chart information has NEVER been compiled ANYWHERE. To insure research accuracy, we painstakingly detailed, week by week, the journey of each song entry, chart by chart.

Here are some interesting chart exclusives ...

Also, there are many obscure doo-wop, orchestral, bubblegum, R&B, dance and hard-rock titles that are now accounted for in charted music history.