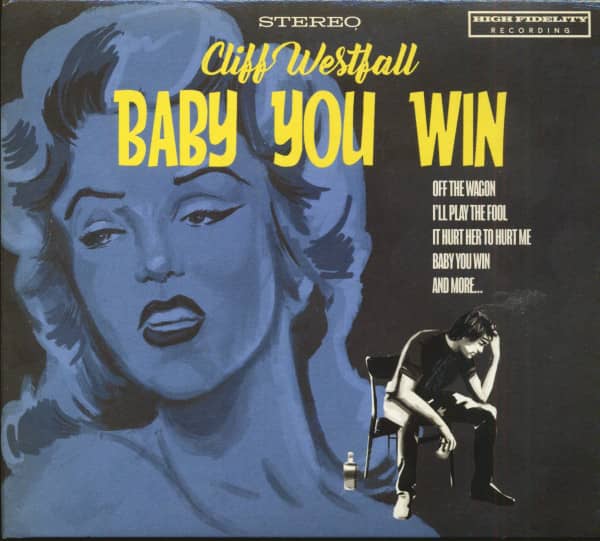 (Self published) 12 Tracks - Digipack - Booklet with all lyrics -
New York-based country songwriter Cliff Westfall writes songs about heartache, loss, addiction… you know, funny songs. Or he can turn on a dime and dive headlong into a sentimental weeper.

The Kentucky native delivers with a mixture of wit and bravado that, for Westfall, is central to what country music is all about. On his new album, Baby You Win, he’s assembled a crew of some of New York’s best musicians to explore a new idea of Americana, drawing inspiration from sources often forgotten by the current country scene.

“I feel like the humor of people like Roger Miller, Don Gibson, and Del Reeves is neglected nowadays,” Westfall says. “A lot of current country music makes you want to ask, ‘Hey, does anybody remember laughter?’ And you know, it’s not really anything against what anyone else is doing, it’s just that the ability to laugh at your troubles seems to have gotten lost.”

The songs on Baby You Win are bitingly acerbic, dependent on the twisty puns, bittersweet humor, and turns of phrase that used to define country music.