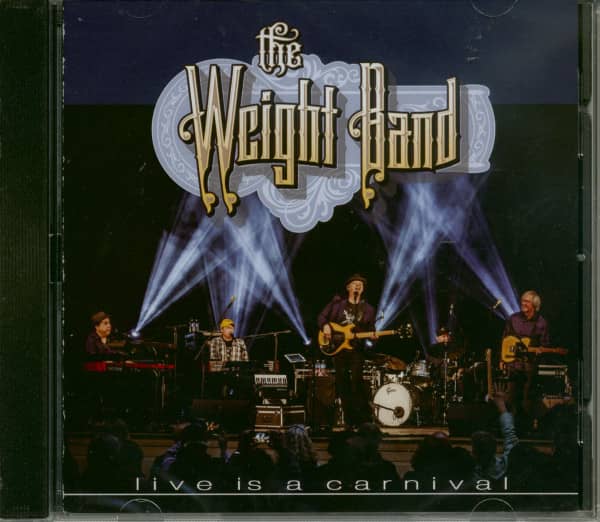 (Must Have Music) 14 tracks.
Weight Band members keep alive the spirit and music that helped define an era and have either been musicians of The Band or are directly and deeply connected to their heritage.

The Woodstock-based Weight Band is not a homage to The Band, but a continuation of where The Band and its members left off. Members are Jim Weider, Marty Grebb, Brian Mitchell, Albert Rogers and Michael Bram... Songs were written by The Band, Levon Helm... and Colin Linden.

Live Is A Carnival was recorded in January 2020 at the Brooklyn Bowl by Mark Rudzinsky, The Weight Band's own sound assistant, and is a great example of The Weight Band's energetic shows with their clever mix of originals and songs by, for example, The Band.