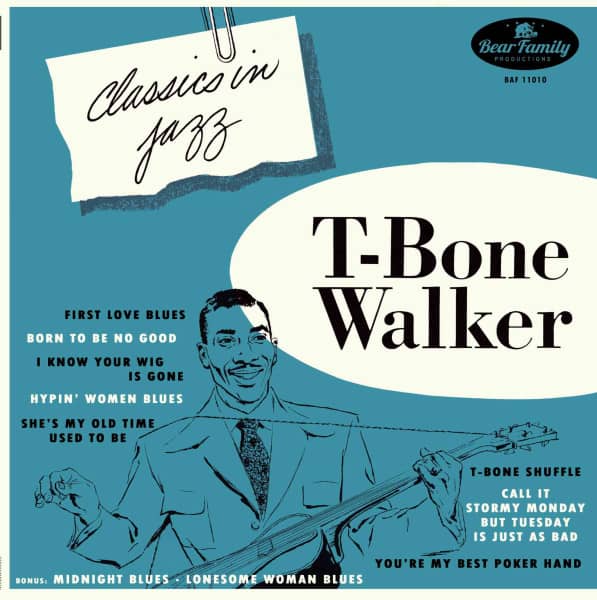 What DiMaggio was to baseball, what Lindbergh was to aviation, Aaron (T-Bone) Walker is to the Blues. No orthodox singer, T- Bone has no eyes — never did have — for croon-ing Hit Parade ballads of the moment. His forte is the twelve-bar Blues, which he treats three ways while accompanying himself on a polished electrically amplified guitar. T-Bone's "ways" include (1) fast Blues, (2) slow Blues and (3) slowest Blues, and he wheels 'em and deals 'em. more times than not, in precisely that order. ,

With Les Hite's California orchestra, then in the 1940s with Freddie Slack, Walker attracted unusual attention as a guitarist and Blues bawler. Finally, as it must to all deserving men, success brought success to T-Bone and his titanic talents. He went out on his own, "just for myself," and recorded a dozen or more best-selling records among his other accomplishments. The best of these are presented between these covers.


,The Blues, T-Bone is adamant, can mean most anything lyrically. Happy times, frustrating times, plain bad times. You'll hear these moods— and more — as T-Bone paints pictures in indigo throughout the selections within this package. Onstage ...Center ... Front ...The Great T-Bone and his Guitar! 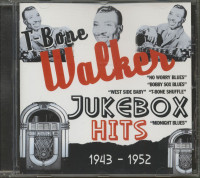 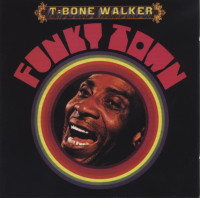 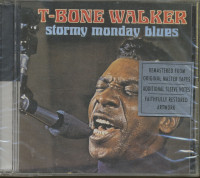 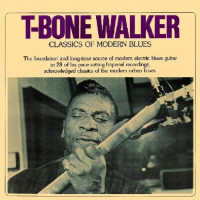