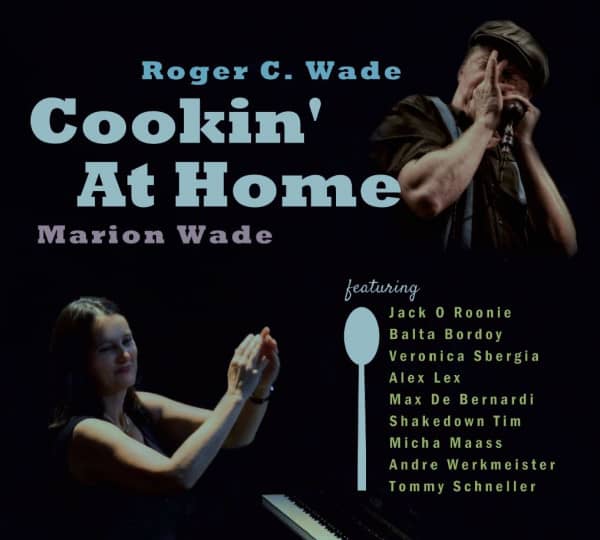 Despite the lockdown that dominated 2020, Roger and Marion have still managed to follow up on the now legendary ‘Lockdown Sessions’ double CD that appeared on CrossCut Records with this, their latest offering. A rare mix of Blues, Boogie, R‘n’B and Swing featuring renowned musicians from the UK, Spain, Belgium and Italy, ‘Cookin’ At Home’ finally allows the husband-and-wife duo to record some new and long-planned material with friends from around Europe. CD and LP, including the full CD plus bonus tracks, to appear in April 2021.

Marion provides the classy rolling, traditional blues piano she has become known for, from early Blues to Boogie and a touch of Swing, with Roger taking lead vocals on all but three tracks, his harmonica providing spectacular highlights firmly in the footsteps of his influences, William Clarke, Rice Miller et al. The amazing Balta Bordoy and Jack O Roonie are back on board with Veronica Sbergia and Michael van Merwyk offering up vocals as only they can. Shakedown Tim stirs up a whirlwind ? la Pee Wee Crayton and Tommy Schneller is responsible for the sexy, saxy sauce. A wonderful guest appearance by picker-extraordinaire Max De Bernardi is a delight. The drums honours are shared by three of the best: Micha Maass, Andre Werkmeister and Alex Lex. A beautiful melange of tasty ingredients.

The ‘Lockdown Sessions’ were awarded Album of the Year UK for 2020 and have a place in the German museum ‘Haus der Geschichte’ due to their historical significance, now ‘Cookin’ At Home’ is following hot on its heels, piping hot! Enjoy. 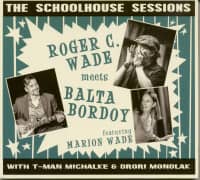